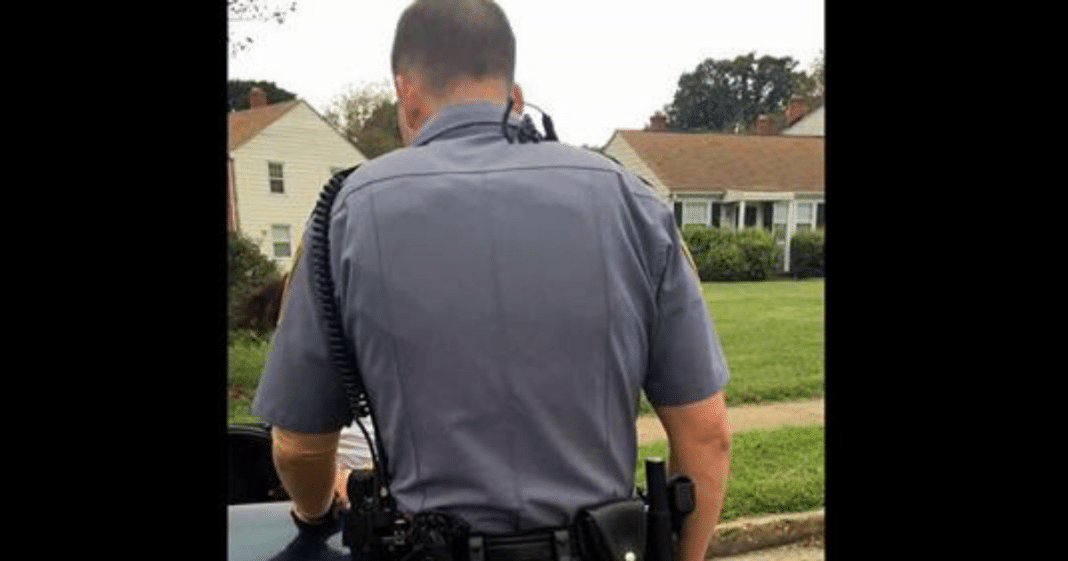 Job interviews can be stressful. They take significant preparation. You want to make the best impression because first impressions are the ones folks never forget.

You have to dress the part – no sloppy appearance allowed. You also need to respond to the interviewer’s questions in a manner that will hopefully press all the right buttons.

So before you even reach the location of your interview, you’re not exactly focused on anything else. Can you imagine being pulled over by the police on your way to a job interview? It’s probably happened more than we hear about, but thankfully this officer was in a generous, helpful mood when he approached this particular civilian.

“So this happened just now,” Chy-Niece Thacker wrote in a now-viral Facebook post. “I’m on my way to go to my interview this morning when I get pulled over. Both brake lights decided to go out this time. 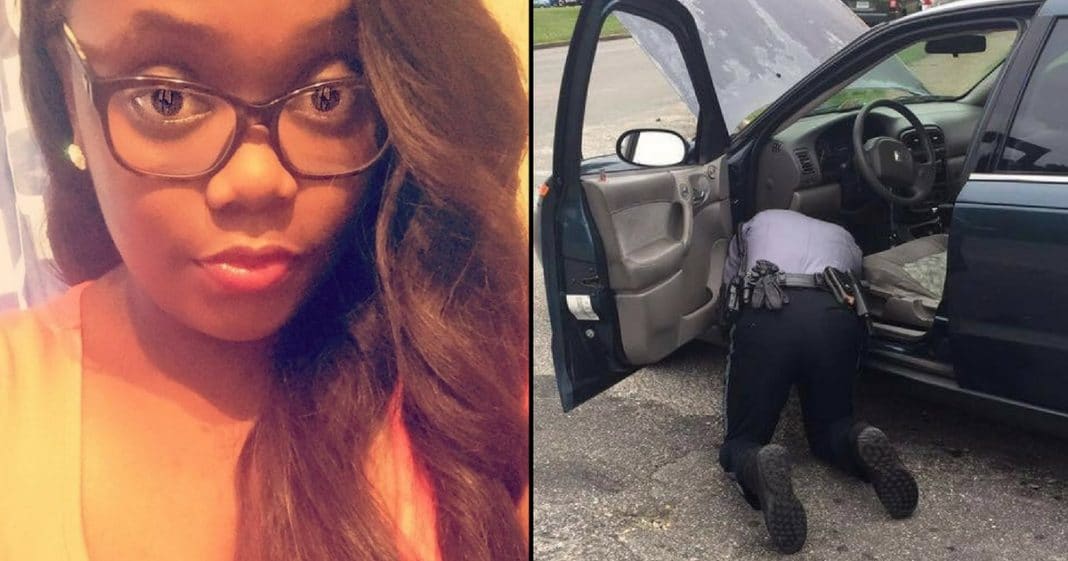 How terrible for this lady. Seriously? Does she need this now? Thankfully, he showed her some compassion:

“As he walked to the car and I was pulling out my stuff, he quickly said, ‘Don’t worry about pulling anything out. I just want you to know that your brake lights are out.’

“So I’m immediately upset, because I just got them replaced like last month,” Chy-Niece continued. “So I explained to him how the tire store wants to charge me $600 just to run a test on the wiring of the car. He looked at me and told me to pop the trunk. He checked the lights in the trunk and tapped them, but they didn’t come on. So he told me to pop the hood to check the relay box then asked me to get out to check the other one.”

Though her brake lights were messed up, this woman realized how fortunate she was to encounter this specific officer at this moment.

“He could’ve easily given me a ticket, but Officer Jenkins stepped out of officer role and into mechanic role to make sure I was straight.”

We love stories with positive endings! The officer could’ve written Chy-Niece a ticket and ruined her day, but he decided to show her kindness and compassion instead. He took her at her word and offered his assistance.

We’re sure she went to her job interview feeling relieved and with a smile on her face. Hopefully, she aced it!

Were you touched by what this officer did for Chy-Niece? So share this!

Thank for supporting us!