Woman Walks Out To Find Horse In ‘Rigor Mortis.’ What Happens Next Is Going Viral 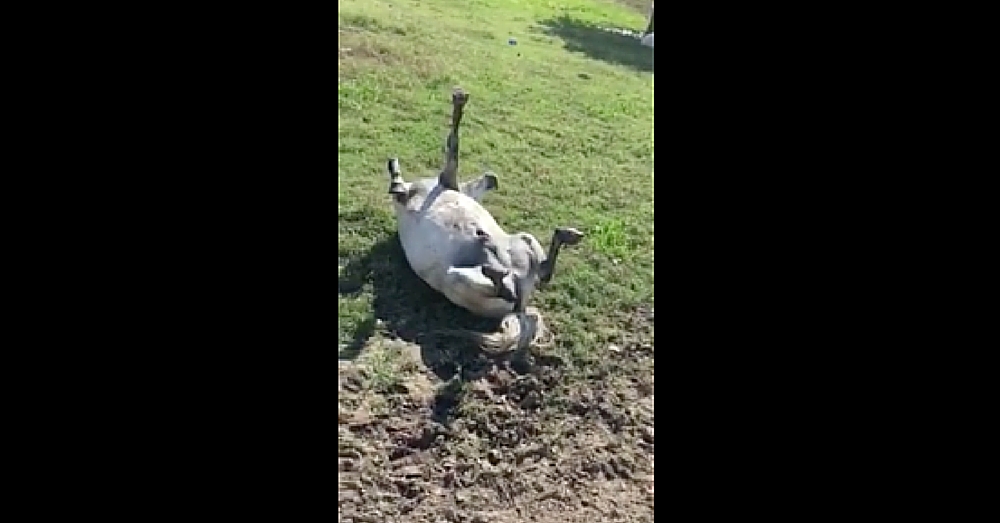 Video of a horse in a North Texas town playing dead is bringing “Pinto” attention around the world, now that the Facebook video has gone viral.

A couple, who share a Facebook account under Mark N Kelley, in posted the video after an electrical contractor was called out to their property and reported back that they had found a dead horse on the couple’s property. The woman explained the horse, named Pinto, plays dead all the time.

The woman asked if the horse’s leg was straight in the air. The contractor said it was, due to rigor mortis. He to the woman he knew horses — but clearly he didn’t know Pinto.

The woman made her way out to the pasture and shot the video, which has now been shared nearly 200,000 times and viewed nearly 9 million times.

The public can’t seem to get enough! Fans of the video from North Texas to the UK to Australia can’t get enough, according to later Facebook posts. Pinto’s owners even say they’ve had offers for horse training jobs, but Pinto isn’t trained — he’s a natural talent.