Woman Trapped After Saving 21 Dogs From Flood. Then Stranger Says ‘We’re Taking You All’ 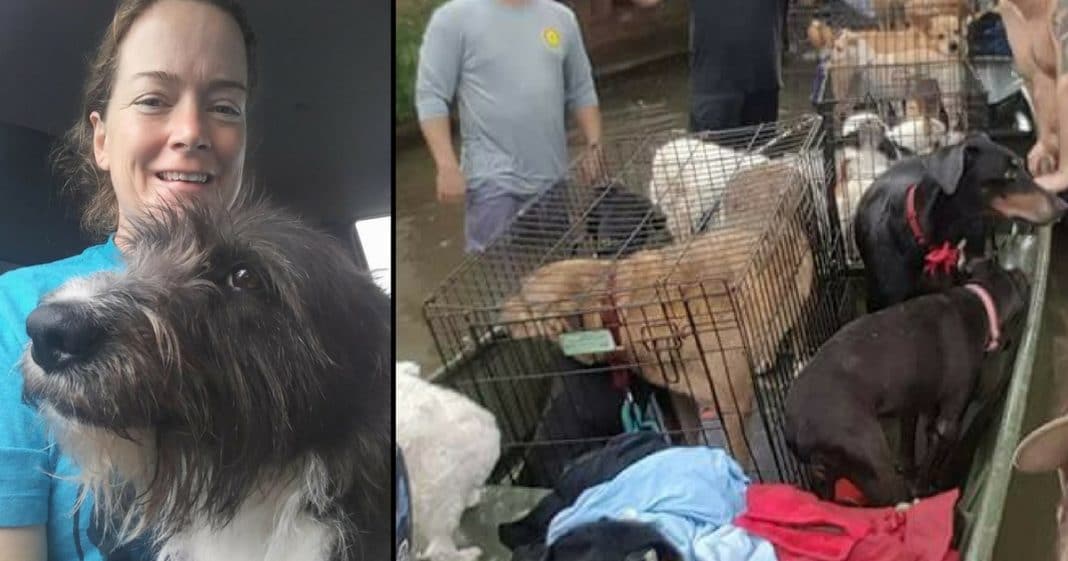 Hurricane Harvey has left unimaginable devastation in its wake. Hundreds of thousands of people have been displaced, and some have even lost their lives.

As we hear stories of the destruction and terror, our hearts break for those who are suffering. Yet, in the midst of the darkness, there is always hope. We have also seen countless stories of brave men and women who have risked everything to help those in need.

One such woman is Betty Walter. As the flood waters rose in her neighborhood, she realized many pets had been left behind by fleeing neighbors.

Betty wasn’t about to let those animals die. She went around the neighborhood rescuing trapped dogs, taking them to her house to wait out the storm.

As the waters rose, Betty and the 21 dogs she had saved huddled in her attic. They were there for 14 hours, unsure of what might happen and if they would make it out alive.

That’s when William Beasley came by. William, his wife, and some friends had been traveling around Houston rescuing animals all day. When they found Betty, they helped her load the dogs into their boat so they could take them to safety.

However, as they loaded the canines on, it was clear they were running out of room.

“I was worried there were too many dogs on the boat and it would tip over,” Betty said. “I told them I would stay behind and for them to make 2 trips.”

But her rescuers wouldn’t hear of it.

“They said NO we are taking all and you,” Betty recalled.

There was no place for any humans on the boat, but the rescuers carefully guided the craft through the water – water that was at times over their heads – and to safety.

Their selflessness and heroism saved countless lives, and we know the courage, compassion, and resilience they displayed that day is something Betty will never forget.

We applaud these brave men and women for their incredible acts of courage in the midst of such a frightening time!

Were you touched by what these strangers did for Betty and the 21 dogs she rescued? So share this!