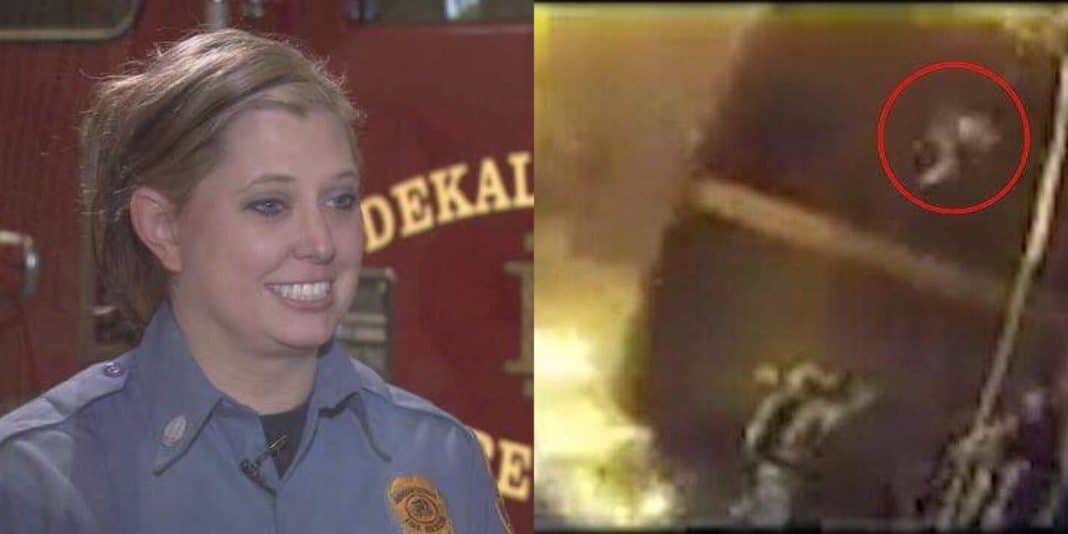 First responders put their lives on the line every day. They confront danger, heading straight into peril when the rest of us are running to safety. To do what they do takes guts, nerves of steel and a cool head.

Last week, a massive fire tore through the Avondale Forest Apartments in Decatur, Georgia. The DeKalb fire department rushed to the blaze.

Firefighter and mother, Captain Jackie Peckrul recalled later the organized chaos of arriving at a scene: “We did what we had to do, and the thing is that everybody there knew what they had to do.”

The captain will never forget this particular fire because she’s credited with saving the life of a baby thrown from the burning building. She will always remember that moment she caught the little one: “All I was thinking was, ‘Oh God, don’t drop it,'”

She discussed how the rescue happened: “I started going up the ladder. My plan was to get up on the balcony with them so that I could help them get on the ladder and have somebody else assist them down, but I got about halfway up there and here comes a baby down to my arms,” she said.

The baby was tossed from a third-floor blazing balcony. The child was one of the dozen residents pulled from the inferno.

“It was hot, you could feel it from the ground. And they don’t have the gear on, so they were just ready for us to come get them,” Jackie said.

The fire crew was fearless; they saved the lives of many. But try telling that to Jackie, a mother of triplets: “I don’t really feel like a hero. I don’t think any of us do. It’s our job, and we are so fortunate to work for DeKalb County who prides training and equipment and we have a brotherhood here, and we work really well together,” she said.

Officials don’t yet know what caused the fire. Investigations are still underway. Thanks to the heroism of the firefighters, everyone managed to survive the blaze. Life is the most precious of gifts. When you’re faced literally with fire as part of your job, these folks know that better than anyone.