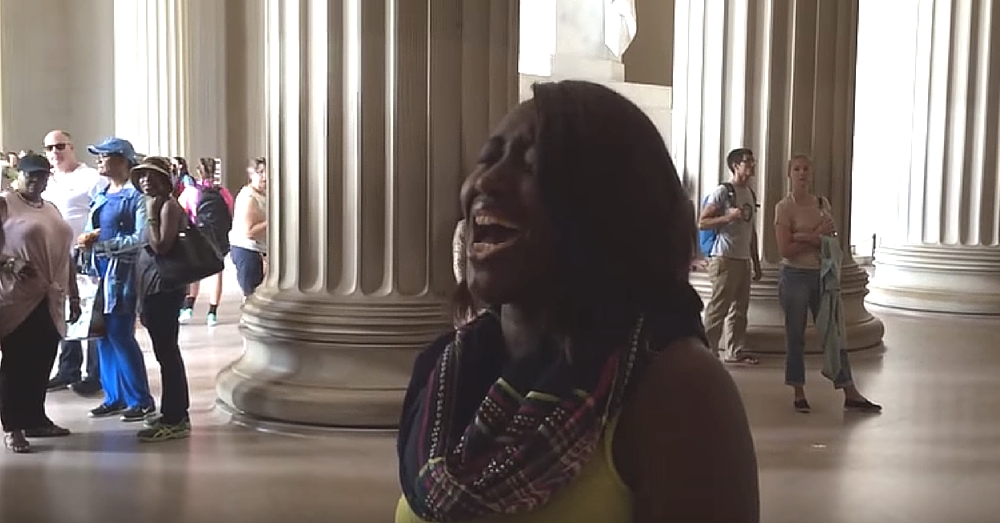 “The Star-Spangled Banner” is moving, beautiful and notoriously difficult to sing — that’s part of what makes the following video so impressive.

In the now-viral clip, viewed by millions on Facebook and on YouTube, Star Swain stands at the Lincoln Memorial in Washington, D.C., during a busy tourist rush and decides to do the unthinkable — for most of us.

After copping to feeling nervous, Swain went on to belt out a pitch-perfect rendition of the national anthem.

The soulful performance turned the heads of dozens of other visitors, and when Swain finished, several approached her for hugs and high-fives. Even armed guards congratulated her for the moving moment.

“I’m a Combat Veteran and I’ve laid many Soldiers and friends to rest in defense of our nation,” Mary Tobin wrote in response to the clip on Facebook. “Every time I hear the anthem it means the world to me, but when I hear it sung with conviction and strength it makes me even more proud to have served this country because people like you make America worth fighting for…so thank you….”