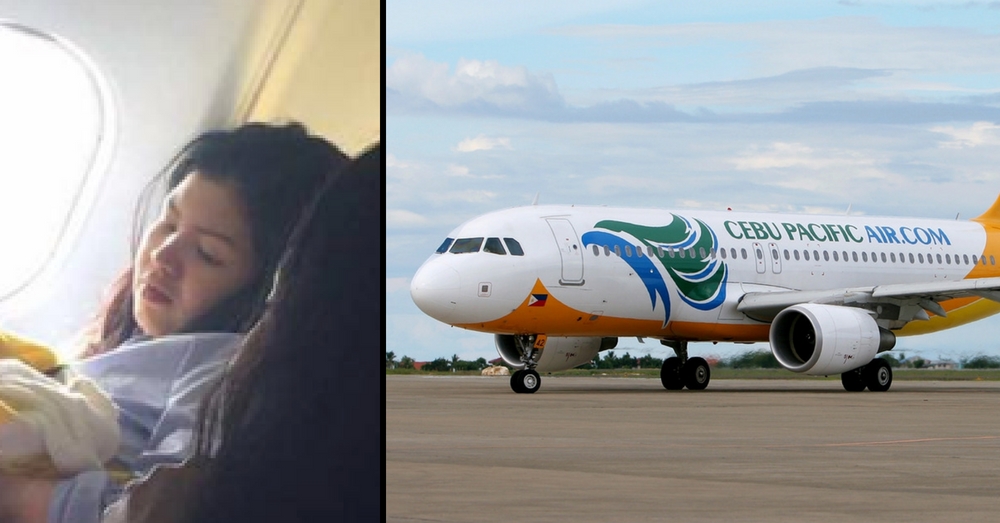 A recent Cebu Pacific Air flight from Dubai to the Philippines was certainly one that no one on that plane will ever forget.

While in the middle of what would typically be a nine-hour flight, one of the women on the plane went into labor. This came as a shock not only to her fellow passengers, but to the woman as well, as she wasn’t due to have her baby until October.

Missy Berberabe Umandal, one of the other passengers on the flight, wrote about the incredible birth in a Facebook post that has since gone viral. She said it was the first time she had ever seen flight attendants, who are trained to stay calm in tense situations, panic a little, but said the whole situation was dealt with incredibly well in spite of the unique circumstances.

Thankfully there were two nurses on the flight who rushed to help, and they moved the woman to the front of the plane where there was more room. At that point the woman was already crowning.

“We only heard one semi-loud screech, and a few seconds later, there were tinier, cute screeches, and it was when we knew the baby was born,” Missy said.

Just moments later the woman got up, took the baby in her arms, and headed back to her seat.

The quick-thinking flight attendants took a shelf from one of the cabinets and filled it with mineral water to create a makeshift bath to clean the baby in. Thankfully there were two other babies sitting close by and one of their parents had a suitcase full of baby clothes and necessities, some of which they generously gave to the brand new mom.

Though things seemed to go smoothly with the labor and delivery, the pilots decided they would make an emergency landing in India to ensure the baby was healthy, especially since it was born so early. Perhaps the most amazing part of the whole situation was that, despite the commotion and 9-hour delay, none of the other passengers complained or made a fuss.

“No complaints,” Missy wrote, “everyone in that plane was blessed.”

In addition to having an incredible birth story, this baby, whom Missy believed was named Haven, has been given a lifetime of free flights on Cebu Pacific Air. With such an incredible entrance into the world, we’re sure this kid has many more adventures ahead!

Were you blown away by this incredible birth story? So share this!