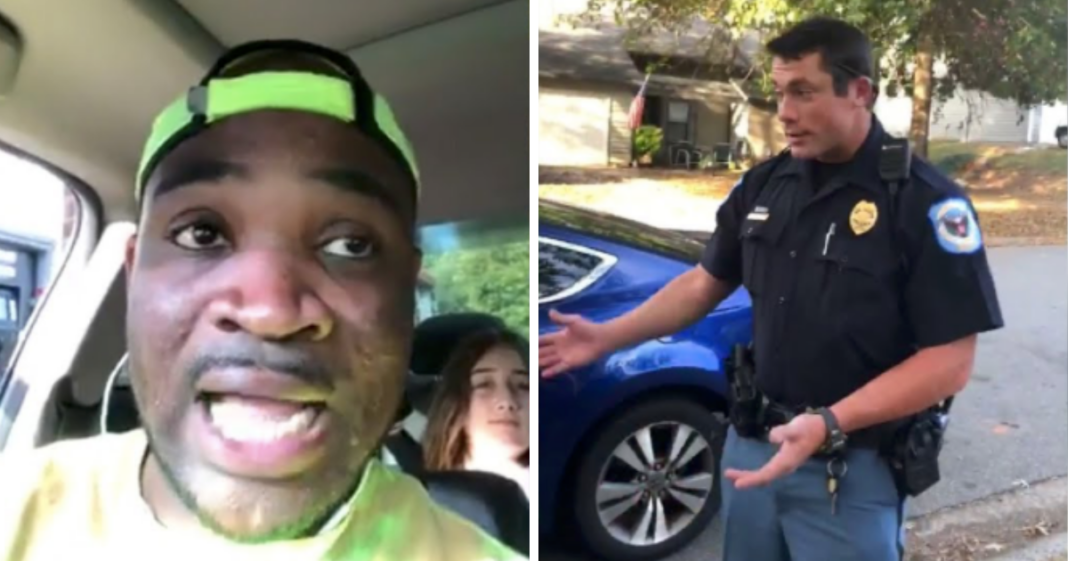 David Parker and Dana Mango are a couple from Cobb County, Georgia. They had asked a youth mentor named Corey Lewis to babysit their two children. They hired Corey weeks in advance.

On the day Corey babysat the siblings, a 10-year-old girl, and her 6-year-old brother, he took them to grab a bite to eat for lunch at a local Subway. But once the trio returned to their car, the day took a sudden and strange turn for the worst.

A stranger approached Corey in the parking lot and inquired about the kids; she asked him if they were OK, even though the children showed no signs of distress at any point during the day. They had simply been enjoying their lunch and the time they got to spend with their babysitter.

Moments later, the woman returned and asked Corey if she could speak with the siblings herself.

When the babysitter said no, the stranger proceeded to call the police on him.

Corey claims the woman proceeded to follow them to a gas station, then sat in her car, watching and waiting.

“We then left to go get gas, she moved closer and waited there,” said Corey.

Corey said the woman followed him all the way home. Then a Cobb County police officer showed up.

The officer questioned the 10-year-old and the 6-year-old before calling their parents.

Their babysitter, Corey, filmed the entire incident as it unfolded on Facebook Live.

The problem? Well, Corey is black. The kids he was hired to babysit are white.

When David and Dana heard what happened later that day, they were in disbelief.

“I said are you saying that because there’s an African American male driving my two white kids, that he was stopped and pulled over and questioned and he said I’m sorry ma’am that’s exactly what I’m saying,” Dana told a local news station.

The parents say this is a case of “BWB” — babysitting while black. They believe this is the reason the woman called the cops on Lewis.

David and Dana said they don’t believe that the woman was trying to protect their children because they never showed any signs of being in danger.

The two videos of the ordeal that Lewis posted on Facebook went viral. He also posted a screenshot of text messages from Mango.

“Well the kids just told me they have the most fun ever!” the mother wrote after Lewis dropped off her kids.

Can’t make this up! ? #InspiredByLewis