Woman Sits Down At Abandoned Piano. What She Does Next Leaves Their Jaws On The Floor 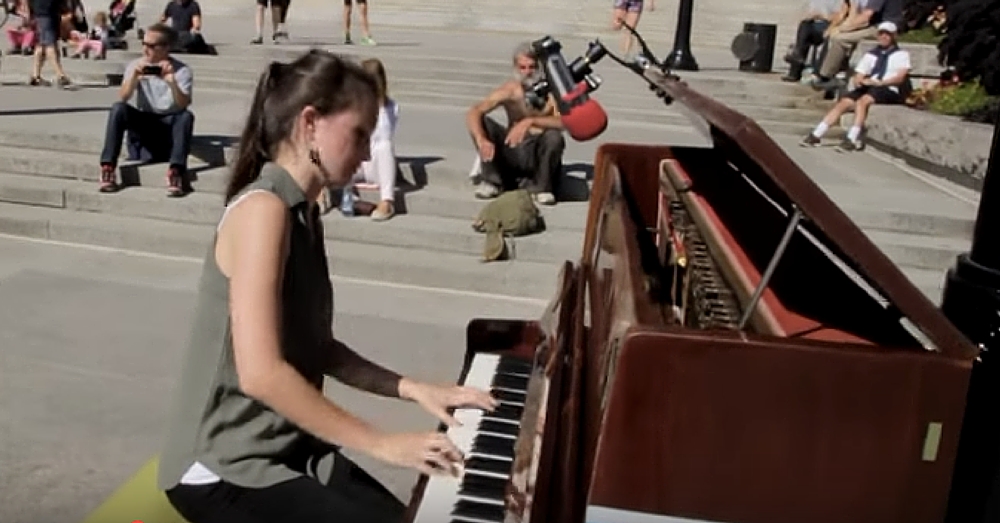 Have you ever seen a piano sitting seemingly abandoned in a city square or on a sidewalk somewhere? Many of those are part of an art project called “Play Me, I’m Yours,” conceived by British artist Luke Jerram.

As part of the project, more than 1,500 pianos have been installed in 50 cities around the globe, each of them playfully decorated by local artists and community groups, with the simple instruction to, “Play me, I’m yours.”

The idea behind the project is to invite the public to “engage with, activate and take ownership of their urban environment.”

Oftentimes the people who play the pianos aren’t quite virtuosos – many kids will pound on the keys or play a version of “Chopsticks.” Sometimes, though, someone who actually knows what they’re doing comes along, and the results can be magical.

Recently in a square in France, a young girl sat down at one of the pianos and began to play “Bohemian Rhapsody” by Queen. Though the piano was a little out of tune, her fingers were on fire as she performed the difficult piece. As she played she drew a crowd, mesmerized by her incredible talent.

Were you blown away by this girl’s prowess on the piano? So share this!