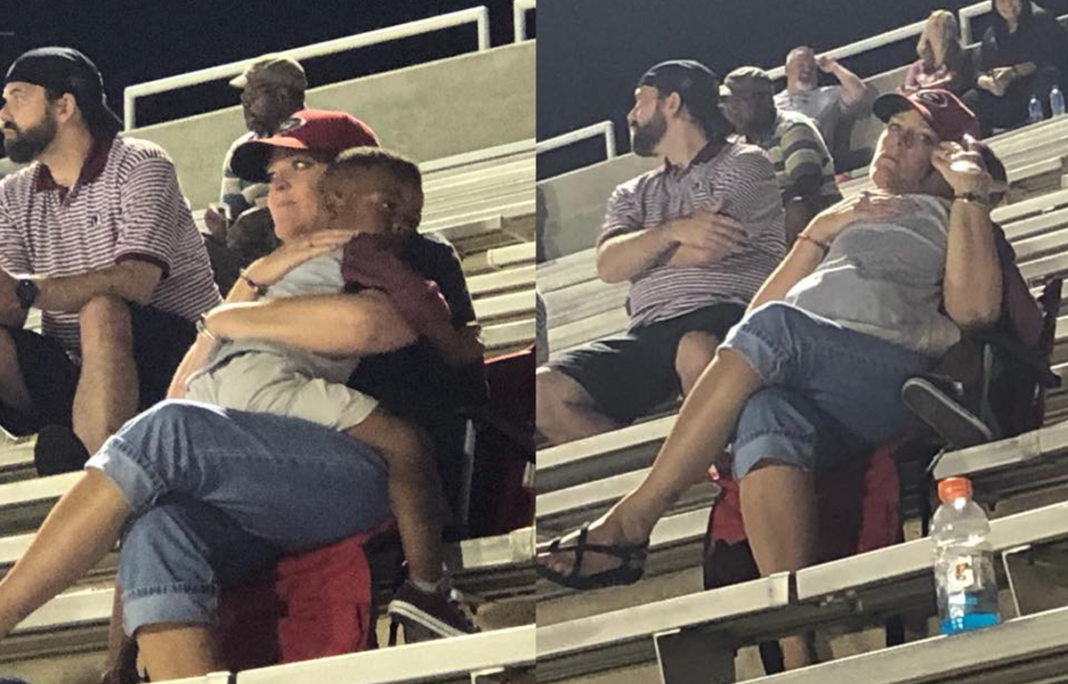 What would you do if your child decided to suddenly crawl onto a stranger’s lap for a hug, only to fall asleep in their arms?

That probably rings all kinds of alarm bells for protective parents these days, but a Georgia woman shared a story of that very thing happening, and touched hundreds of thousands of people on social media.

As it turns out, she had no reason to be fearful, although she was alarmed at first.

Her nephew had found a Saint of a stranger who welcomed the boy’s innocent attention literally with open arms.

“She welcomed him with open arms.”

“It was the sweetest!”

While attending a High School football game in Valdosta, Star Balloon-Bradley ‘s nephew Isaiah had met the woman once before. They seemed to develop an immediate friendship.

“Isaiah walked up to this lady at our last home game two weeks ago,” she said. “He sat on her lap and they were talking like they knew each other. It lasted no more than 20 minutes.”

Two weeks later at another football game, Isaiah spotted the same woman in the crowd and immediately went over to her.

“Isaiah walked right up to her smiling, crawled in her lap and laid his head down on her shoulder. She welcomed him with open arms,” she said. “This lady patted and rocked Isaiah to sleep like she had given birth to him. It was the sweetest!”

“It goes to show color doesn’t matter to a lot of people.”

Isiah’s mother, Thameka Miller and Bradley asked the woman if he was bothering her. They offered to come and get him, concerned that the boy was bothering her, but she called him “a new friend,” and didn’t mind at all.

“She then went on to say she only has one child who is 15 and moments like this are priceless! With all the racial tension that’s going on, I’m glad to see the pictures likes these because it goes to show color doesn’t matter to a lot of people.”

The moment of pure innocence between a child and near-stranger so touched people on social media, that the post was shared over 298K times as of this writing.

After making the post, the woman saw it and contacted Bradley. She learned her name was “Mrs. Angela.” 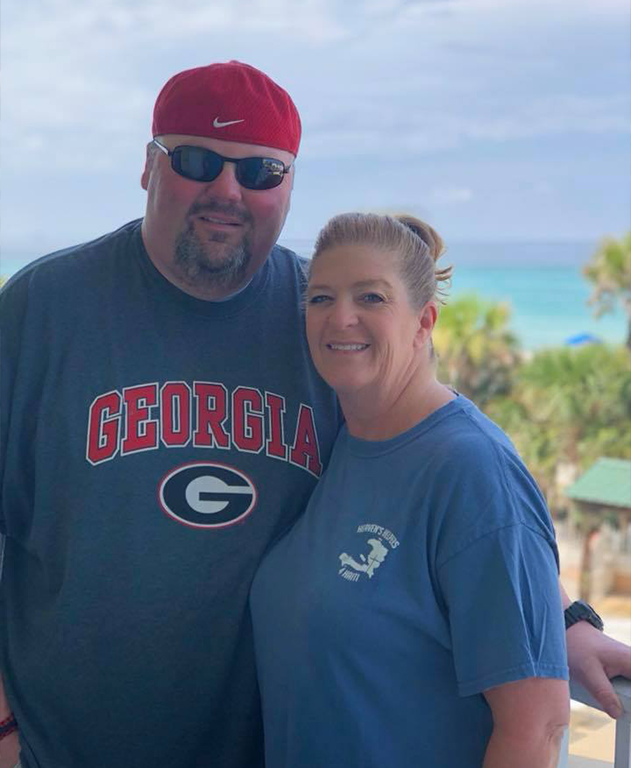 “To God be all praise, glory, and honor! I have been overwhelmed with emotions today as I have read the post Star Balloon-Bradley shared. I am humbled by the kind words everyone has spoken. Isaiah is absolutely adorable! I pray people will Jesus in all this & know His love is beyond measure & that is how I want to love & life my life. I’m not worthy but He sure is!”

Bradley says she never thought the post would go viral like it did but wanted to let people know something important.

“I didn’t mean for it too lol. But I’m glad it is so people can see there are still good people in this world!”

Although parents have to teach kids to be wary of strangers, sometimes kids teach us something too.

“[…] parents have to instill “stranger danger” in their kids from an early age. But sometimes, their trust and openness isn’t a handicap, it’s heartening. Maybe we can teach them to be aware of the harsh realities of life, but perhaps they can teach us that not everyone is out to get us,” wrote Amanda Thomason for Liftable.