Woman Rushes Into Police Station, Cops Spring Into Action When They See Lifeless Body In Her Arms 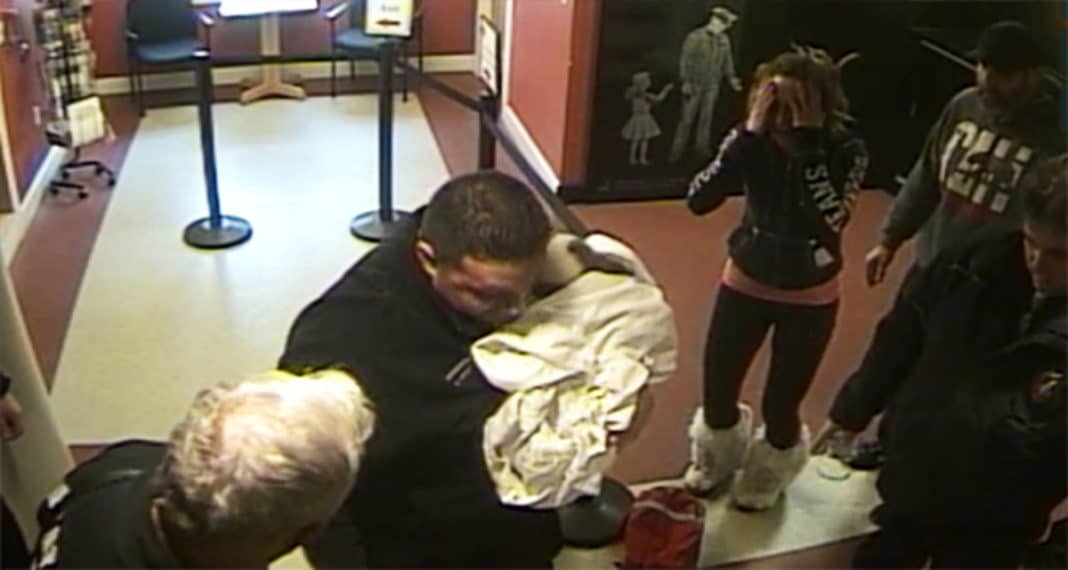 It’s frightening when a child or dog starts choking. Panic races through your veins and your heart races. You’re scared they’ll die; you want to save them, but maybe you don’t know how. For one lucky puppy in North Reading, Massachusetts his life was saved when members of the police and fire departments joined forces. What makes this rescue more incredible was it was all caught on surveillance video.

On Sunday, a frantic and distraught woman rushed inside the police station. She carried her 9-week-old Saint Bernard in her arms. Her pup was choking on food. As officers rounded the corner, they found the pooch limp, not breathing and unresponsive.

Ten minutes passed as the officers administered back blows and chest compressions. Would they be able to bring the pup back from the brink of death? Yes. They managed to clear his airway of the food. Firefighters provided oxygen to the breathing puppy in the lobby of the station.

“Ultimately, a life was saved thanks to rescuers falling back on their training and remaining calm. Even though we are not faced with this kind of incident every day, the officers reacted just as they would in any emergency situation,” Police Chief Michael P. Murphy said.

Well done, folks! As the chief said, they might not have to deal with these emergencies on a regular basis, but falling back on training can allow them to resolve all manner of stressful scenarios. Don’t forget to share this story.