Woman Plays Violin While Getting Brain Surgery. What Happens Next You’ve Got To See To Believe 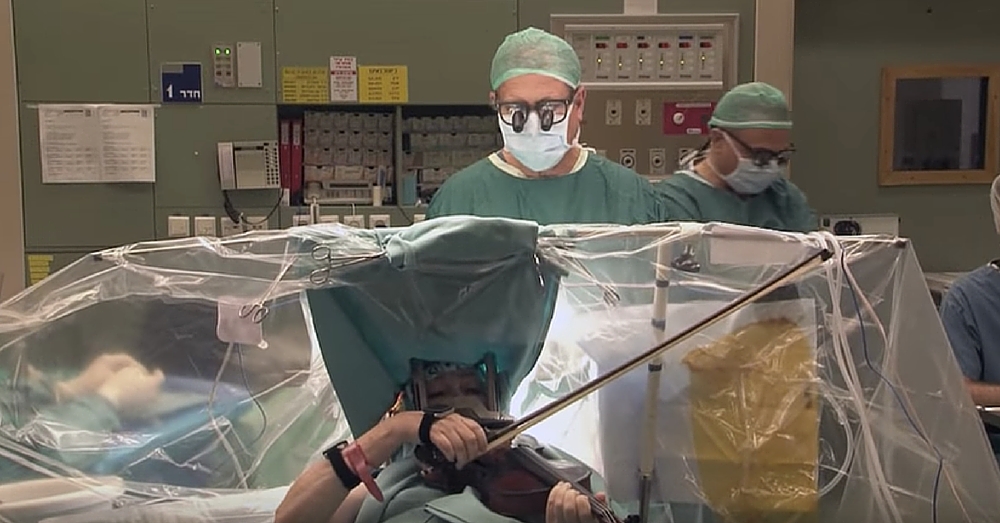 Lithuanian violinist Naomi Elishuv thought her musical career was over after being diagnosed with essential tremor, a disease that affects the nervous system and causes rhythmic shaking.

Her prayers were answered when doctors informed her that corrective brain surgery might be able to help her shaking and her ability to play the violin once again. The surgery was unlike any other, as Elishuv was requested to remain awake during the operation, so she could play the violin.

Elishuv, once a member of the Lithuanian National Symphony, was operated on at the Tel Aviv Sourasky Medical Center in Israel, while playing a piece by Mozart as the doctors proceeded to take away the rhythmic shaking inhibiting her from playing her beloved instrument.

“My great love is playing the violin, but for many years, I have had to make do with only teaching. The tremor didn’t allow me to play professionally, and this was very hard for a woman who was used to performing all her life. It’s a shame that I didn’t know about this operation before. Now I’m going to live again,” Elishuv said after the procedure.