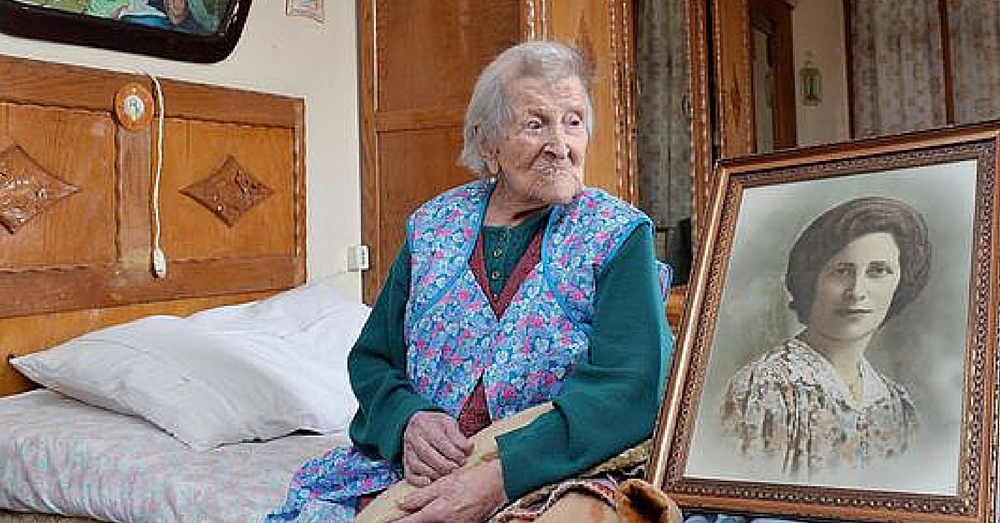 The death of 116-year-old Susannah Mushatt Jonesin New York City on Thursday leaves just one person on Earth who was alive in the 1800s.

Born about a month before 1900 began and when England’s Queen Victoria was still on the throne, Emma Morano is now the oldest living person. Incredibly, she still lives on her own in northern Italy.

On Friday, she was happy to hear the title had passed to her, one of her relatives told London’s Daily Telegraph newspaper. “She was told this morning and she said ‘My word, I’m as old as the hills,’ but she was very pleased,” Rosi Santoni said.

Morano was not able to come to the phone, the Telegraph reported – she is almost completely deaf. When the Telegraph reporter called she was eating a lunch of semolina with a boiled egg. She eats a raw egg each day, ever since a doctor’s recommendation when she was diagnosed with anemia at the age of 20.

Here is her story:

Morano was the first of eight children, all of whom have since died. One sister lived to be 102. In 1926, she married and in 1937 her only child was born, but died at a few months old. In 1938, she separated from her husband, Giovanni Martinuzzi, but never divorced. Until 1954, she was a worker at a jute factory in her town before working in the kitchen of a boarding school. She retired at 75.

When asked about the secret of her longevity by the La Stampa newspaper in 2015, she first mentioned her daily glass of homemade brandy.