Woman Notices Boy Sneaking Into Her Garage Every Day. When She Realizes Why…Tears 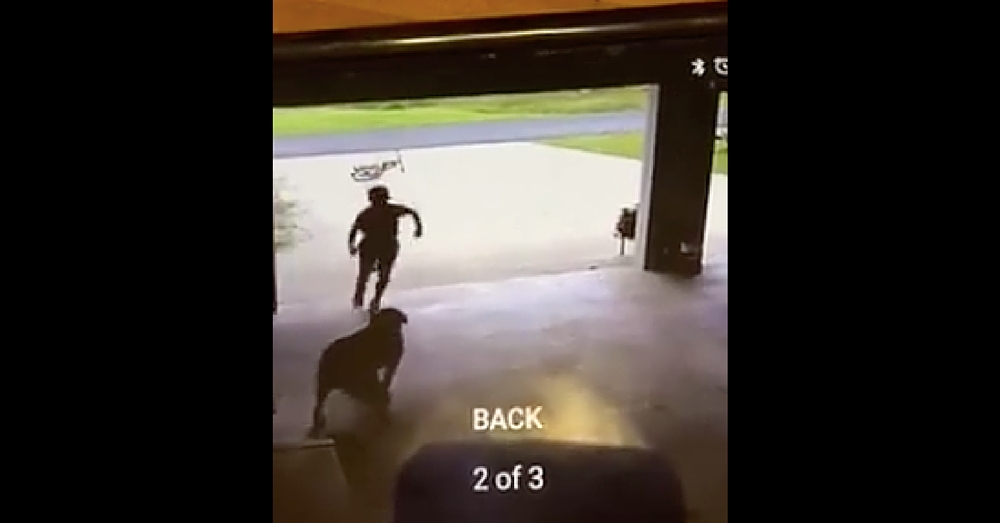 When Hollie Breaux Mallet went to check the surveillance video from her home, she noticed something puzzling. Over and over again, a boy would ride his bike into her driveway, run into her garage really fast to hug her dog or play a quick game of fetch, and then run out and ride off again.

Wanting to find out who the boy was who seemed to love her dog, Dutchess, so much, Hollie posted the surveillance video to Facebook along with a note that said, “Attn Neighbors! Anyone know who this sweet little boy is? Every now and then when he rides his bike he will quickly come and love on my dog or play fetch real quick, but always leaves quick like he doesn’t know if he should be here! I’d like to tell him he’s welcome to stay and play, she loves the attention!”

By the next day the boy had been identified as Josh and his mother, Ginger Clement Breaux, wrote to Hollie, telling her that Josh talks about the dog “all the time” and “Every time we pass, he looks to see if she was sitting where he could see her. Just didn’t know he was doing things like this.”

Apparently Josh’s family had their own dog, Bella, but she passed away last year. The family has not been ready to get a new puppy, and Josh has been missing having a dog to play with, so he began lavishing his love on Dutchess.

Happy that Dutchess has someone to love on her while she’s away at work, Hollie has invited Josh to come over and spend more time with the dog. He of course has taken her up on the offer.

“Since I’ve talked to Hollie, he’s been almost every day,” said Ginger. “He’s taken a few pics with Dutchess, played fetch, laid in the yard with her in the shade, runs around the yard with her or just a quick stop to pet her and say hi.”

Were you touched by this young boy’s love for this dog? So share this!