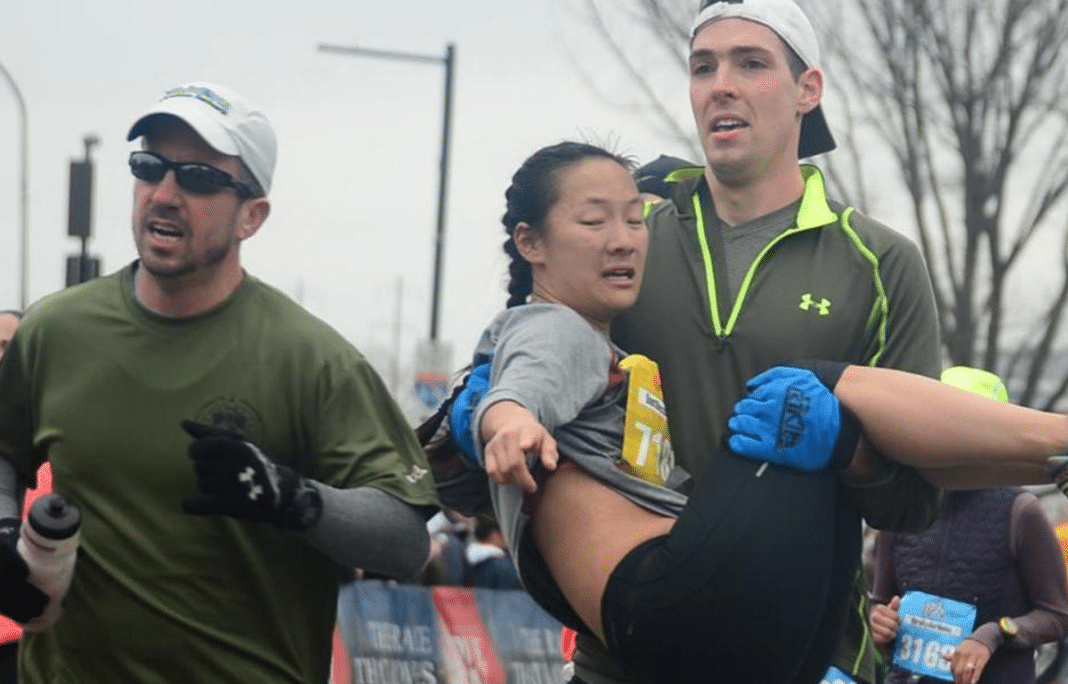 The Philadephia Love Run Half Marathon brought in ten thousand people from around the nation to compete in a run benefitting charities. Runners of all skill levels challenged themselves to complete the race of 13.1 miles through downtown Philly.

As the runners came within 100 yards of the finish line, cameras caught three men who came together to help a fatigued woman make it to the finish line. It was a beautiful moment of teamwork and kindness.

“Who said running marathons or half-marathons can’t be a team sport?” The local news asked.

The young woman, 21-year-old Haley Klinger, had come so far but in the final moments of the race her body was giving out. Stumbling and trembling, it appeared she could go no further. She was running her first half marathon. 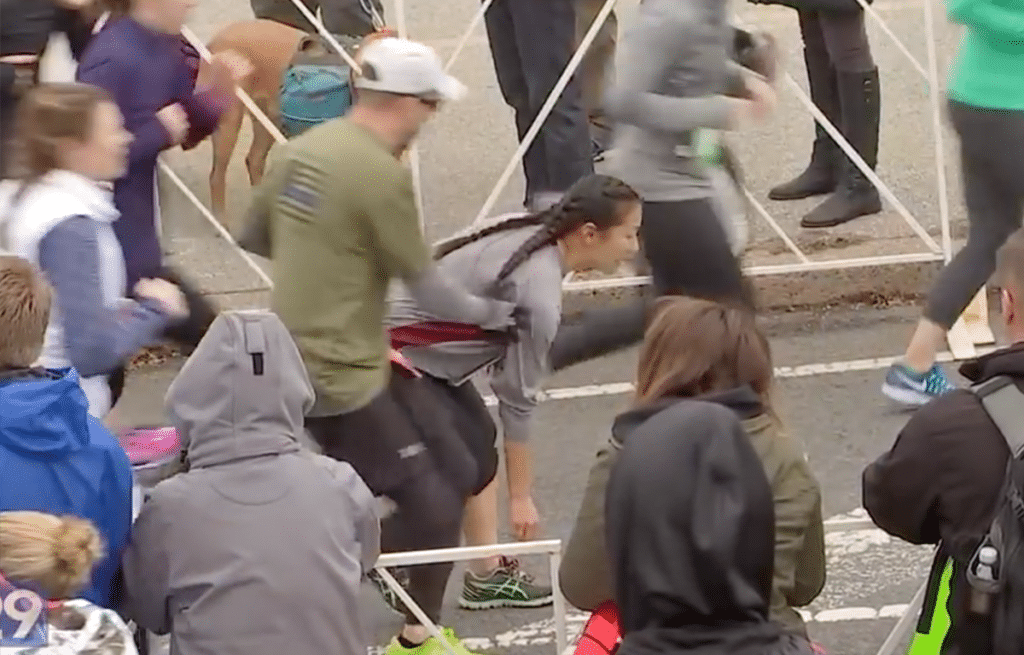 Haley Klinger stumbles as she nears the finish line

She had started to feel lightheaded around mile 11 but didn’t want to quit.

“When I felt my body slowing down in the last mile I was still determined to cross the line and finish, but my legs kept buckling,” Klinger said. “I just hit a wall that I didn’t know I had.”

Immediately, two runners, a man in a green shirt, Bryan Crnkovic, and one in blue, Keith McAuliffe, came up beside her to help keep her going, holding her arms for support.

They sacrificed their personal finishing times, slowing down to make sure she could make it to the end. 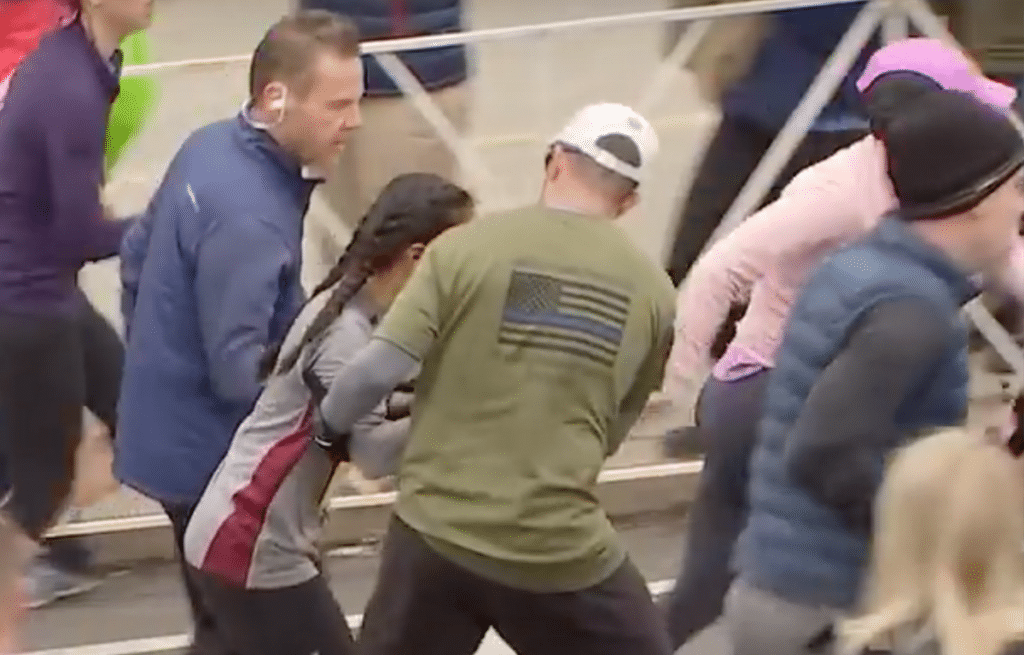 With just a few feet left, she began to fall, barely able to move, but that’s when another man in a green shirt, Joseph McGinty came back toward the group to help her.

McGinty picked up the woman and started heading for the finish line until they were just a few steps away. Just before they crossed the line, he put her back on her feet and Crnkovic came back to help again. 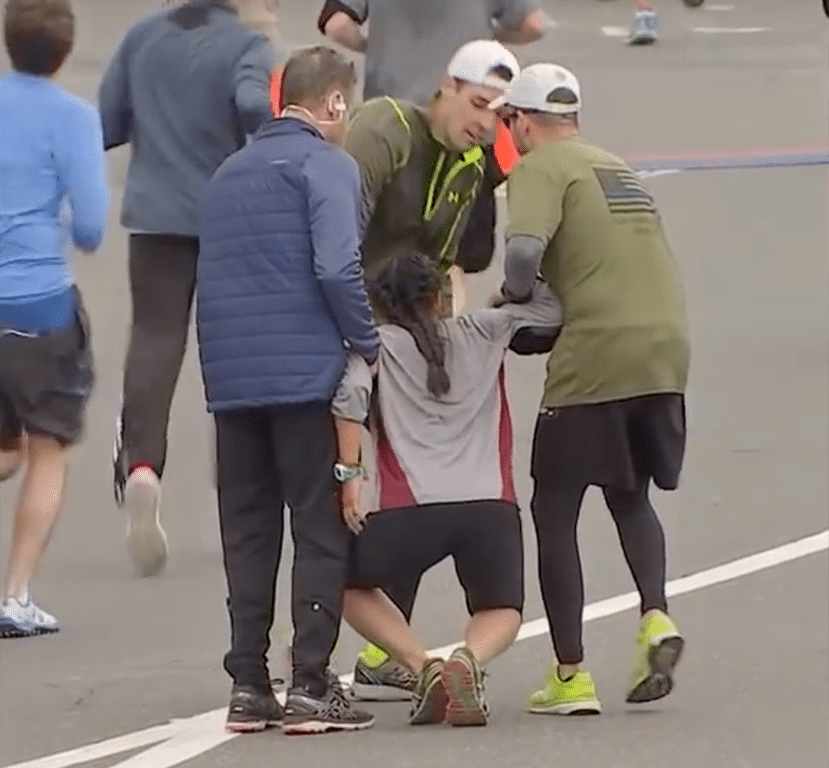 Joseph McGinty comes back to help

After the race, the men were asked if Klinger needed medical attention. They said yes, and medics brought her a wheelchair and made sure she was rehydrated and fully recovered before releasing her.

According to Runners World, Crnkovic, 45, is marathoner and triathlete who lives in suburban Philadelphia and co-owns Full Range Physical Therapy and Rehab Services.

“It’s just good karma to be nice to people, and you feel better when you’re doing it,” he said

Haley Klinger is a junior at Messiah College majoring in nutrition.

They all finished the race in just under two hours, helping Klinger to attain her personal goal.

Klinger said that she felt the men were an answer to her prayers:

“Months before this race I was praying to be bold and courageous in my faith, and I think God used this event as a way for me to speak up,” Klinger said. “I was physically unable to finish the race on my own, and God placed three people around me to help me cross the line.”

“I learned that when we are pushed outside of our comfort zone and face challenges or difficulties, God will carry us through, and in this case three amazing men were placed in my life when I needed help.” 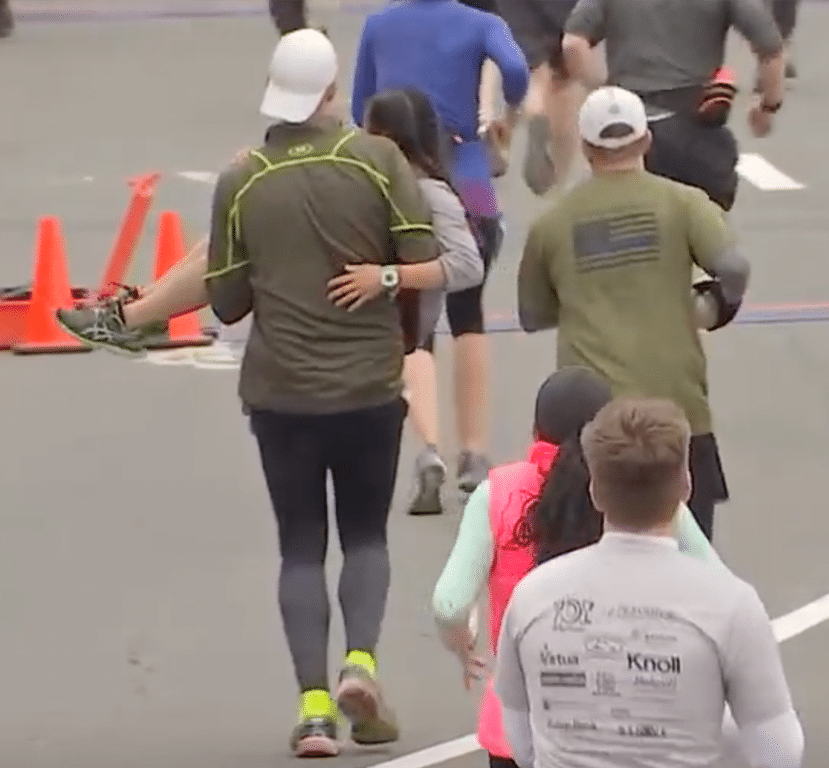 The three head for the finish line

Two locals from Philadelphia won the race as the first man and woman to cross the finish line. The event helped raise over $175,000 for local charities.

See the video below from Fox 29 Philly: