Woman Marries Best Friend Who Was Given Just Weeks To Live. After Diet Change, Cancer Vanishes 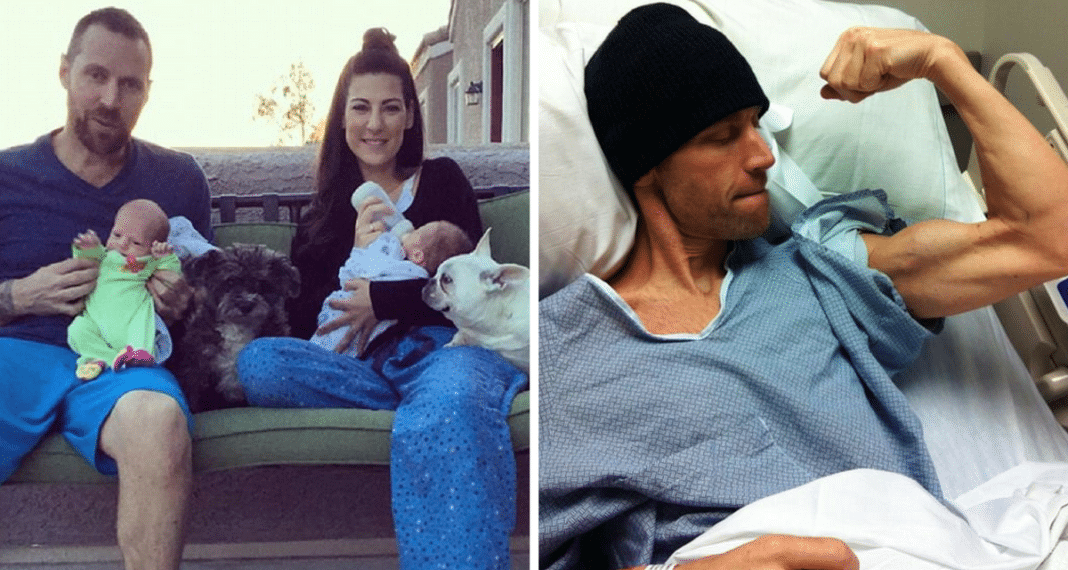 Receiving a cancer diagnosis is not only devastating to the patient, but to their loved ones as well. Rob Mooberry and Amanda met at a work convention in Las Vegas. During the course of a year, Rob lost sixty pounds. He didn’t change anything in his lifestyle. He continued to eat right and exercise regularly. Rob couldn’t figure out the cause of his severe stomach pain. And neither could doctors.

The pain in his stomach intensified; Rob consulted a surgeon who agreed to do exploratory surgery. The surgeon found it odd Rob lost so much weight without reason.

The probing revealed he had severe stage 4 colorectal cancer. “It was very very painful,” Rob said to the DailyMail. “I went into the ER, and that’s when I became an in-patient: they found it spread all around.”

Stage 4 is as bad as it can get. The tumors spread throughout Rob’s aorta, bladder, and lymphatic system. After removing a tumor the size of a human fist, doctors gave him an 8% chance of recovery. He was told he had just weeks to live.

Rob couldn’t believe his diagnosis. He didn’t have a family history of cancer; he exercised and ate right. Rob didn’t go to the doctor sooner because he didn’t have health insurance.

“I couldn’t believe it,” he said. “I was always a healthy person; I didn’t expect it.”

Throughout his medical ordeal, Rob had the continued love and support of Amanda. “That night, as I laid in the hospital bed next to Rob, he turned to me and whispered, ‘I want to get married’” Amanda said.

At that very moment in the hospital, the two got engaged.

“She was so upset; my family was so upset. The doctors weren’t really telling me all of this but I knew it was serious, I thought I was going to die.”

“But Amanda just stuck with me. She could have left me, but she stayed. That’s when you know love is true.”

Rob had chemotherapy and radiation treatments scheduled. He vowed to continue his vegan-based diet where he consumed plenty of superfoods.

“We both changed our diets to strictly vegan, experimented with different herbs, and even did coffee enemas,” Amanda recalls.

“But when I finished chemo, the oncologists were saying I would need to do more straight away, and I  really didn’t want to. I needed to heal. That’s when I knew I needed to do anything to beat this cancer. I was really willing to try anything to save my life. That’s when I went hard-core raw, vegan, superfoods,” Rob added.

Rob didn’t respond well to the first chemo treatments. He decided to take a break and focus solely on living a healthy lifestyle. He started to replicate a popular regiment in Mexico where patients eat superfoods to detox the body.

Incredibly, as weeks passed, Rob’s health wasn’t declining but improving. Doctors were amazed after a ct scan when the tumor decreased by 80%. Fast forward a few months, and the cancerous tumor was completely gone!

Whether you attribute Rob’s miracle to science, luck or his diet, it’s truly miraculous he beat the odds that were magnanimously stacked against him.