Woman Leaves Car In Bar Parking Lot Overnight. Comes Back To Note That Leaves Her Speechless 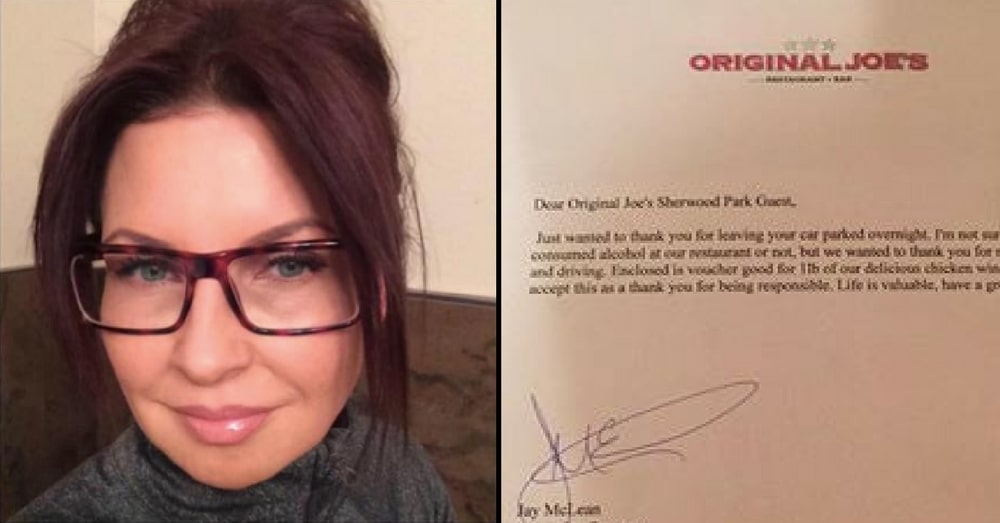 Drunk driving is one of the greatest causes of death in traffic accidents in the U.S. According to Mothers Against Drunk Driving, a person dies in a drunk driving crash every 51 minutes.

The devastation that results from a drunk person driving is incalculable. When a drunk driver gets behind the wheel, he or she is putting their own life in danger and risking going to jail for a very long time if they happen to survive. That’s not to mention the myriad other lives they affect with their actions.

Thousands of moms, dads, grandparents, children, and siblings have had their lives snuffed out in an instant because someone else was irresponsible and stupid enough to drive while under the influence.

While it may be inconvenient to have to call a cab or find another way home, it’s never worth it to get behind the wheel of a car after drinking.  Services like Uber and Lyft provide a valuable option for those looking to go out. Paying a little more to enjoy your night and practice responsibility is crucial to the well-being of our society.

Canadian bar patron Paula Grzelak-Schultz knows this. That’s why, after a night out with her husband, she decided to take an Uber home from Original Joe’s Restaurant & Bar and come back for her car in the morning.

But when she returned for her car the next day, she found a note on her windshield, and when she saw what it said she couldn’t believe her eyes.

The note was from the restaurant’s managing partner, Jay McLean, and it read:

Grzelak-Schultz was so impressed that she shared the note on Facebook where it has since gone viral. She said she will definitely be returning to Original Joe’s.

“Not just because of the voucher, but because of how well this guy treats his patrons,” she explained.

McLean wasn’t even concerned about whether Grzelak-Schultz had been a patron at his establishment. All he cared about was that she had made a wise and responsible decision, and he wanted to reward that.

This isn’t the first time McLean has done something like this. He said he has been leaving these notes for those who leave their cars in his parking lot overnight for about a year. He got the idea after hearing about another bar that was doing the same thing. Until Grzelak-Schultz’s post went viral, he had received little in the way of a thank you from the recipients.

If incentives like these can save even one life, we think they’re more than worth it! Establishments that encourage their patrons to do the right thing should be rewarded with more service. Kudos to McLean!

Do you love what this bar is doing to encourage its patrons not to drink and drive? So share this!