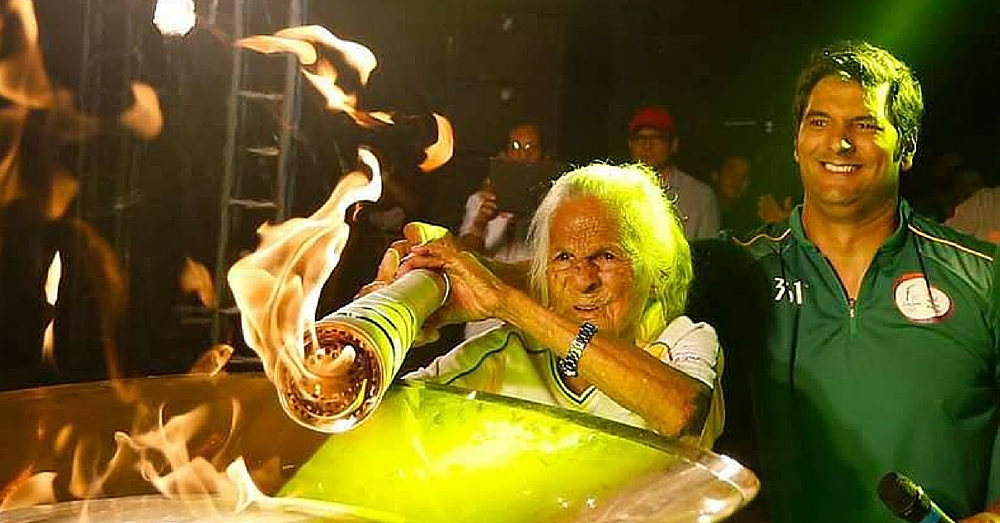 Three years ago, Aida Gemanque went down in the record books as the world’s oldest skydiver, but that wasn’t enough for this adventurous and determined centenarian. On Saturday, the 106-year-old also became the oldest torchbearer in Olympic history.

The record was previously held by Alexander Kaptarenko, who carried the torch in the Sochi 2014 Winter Olympics relay at the impressive age of 101.

Aida, who earned the nickname “Extreme Granny” after breaking the skydiving record, carried the flame in the city of Macapa in the Amazon. She said she is “overjoyed” about breaking this new record. “I have to be grateful for this joy, which I never expected in my life. I am immensely proud,” she said.

The torch relay will take place over the course of 95 days during which time it will pass through 325 Brazilian cities. Some 12,000 runners will take turns passing off the torch before it makes its way to Rio’s Maracana Stadium for the lighting of the Olympic cauldron on August 5.

Were you impressed by this centenarian’s history-making feat? So share this!