Woman Hears Strange Noise Coming From Dumpster, That’s When She Takes A Look Inside 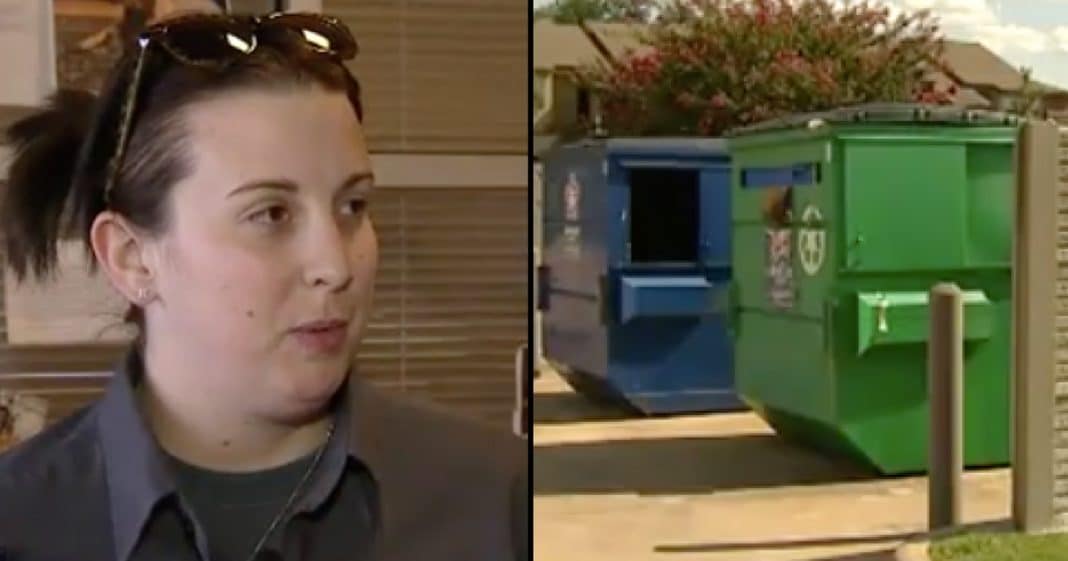 I have five puppies right now taking a nap in my living room. Six-week-old bundles of joy. Every whimper or cry means either the pups’ canine mother, father, my daughter, or I will come running to make sure all is well. Sometimes all four of us show up to see what’s wrong! Puppies are so vulnerable and sweet and completely dependent on us to care for their most basic needs.

But one puppy in Mesquite County, Texas, got the short end of the stick in the caregiver department. The little spotted pup was tossed in a dumpster on a 91 degree day, left to perish. Inside the dumpster was even hotter than the outside temperature – the heat index that day reached 101 degrees Fahrenheit.

Thankfully, a good Samaritan who was walking her dog heard some strange noises coming from the dumpster and looked inside. When she saw the puppy she couldn’t believe her eyes. She quickly rescued him and called animal control.

The little pup, believed to be a pit bull mix, was placed in a local animal shelter to be put up for adoption.

Animal control officers are not sure who placed the puppy in the dumpster, and most likely that person’s identity will never be known.

Morgan Ramsey of Mesquite County Animal Control is the one who responded to the call. “He looked a little relieved to see somebody because he was in the dumpster,” she said. “I named him after Oscar the Grouch from Sesame Street who lives in a trash can. The ‘Grouch’ part totally doesn’t fit him because he’s so happy.”

Thanks to this story being shared on social media by the shelter, Oscar, who is believed to be two or three months old, now has eight potential families interested in adopting him. The shelter is hoping that the families that don’t get to adopt Oscar will still go home with a new pet since their shelter is almost always full.

Were you happy to see Oscar rescued from his horrible circumstances? So share this!