Woman Goes Into Labor, Then She Gets A Phone Call From Twin Sister 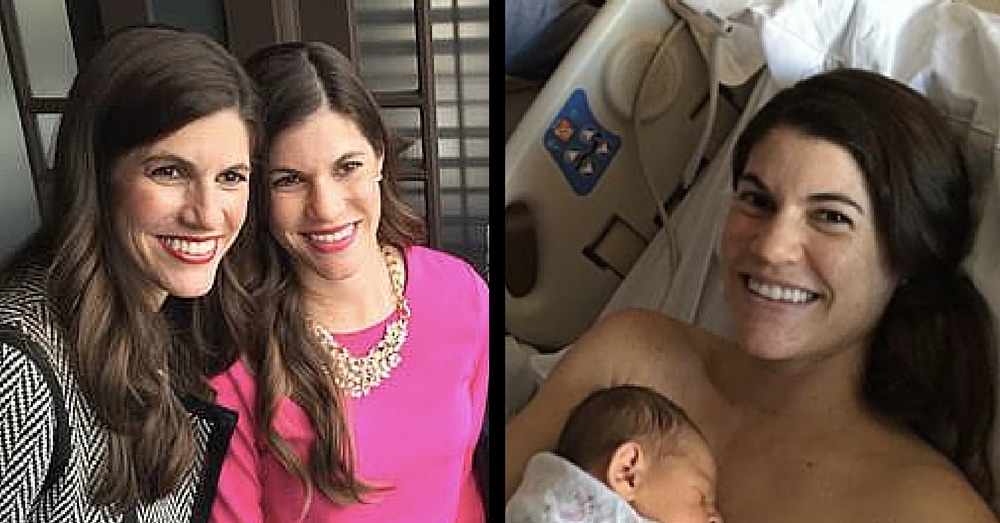 People say that twins have a special kind of bond that other siblings just can’t replicate, and after hearing this story about twin sisters Sarah Mariuz and Leah Rodgers, I’m inclined to believe it!

Sarah and Leah have always been close, and say they have what they call “twintuition.” When the family got together for Thanksgiving, Leah saw her sister and just knew she was pregnant.

Not wanting to spoil the surprise, Leah waited for Sarah to spill the big news, but as soon as she heard when Sarah’s due date was, she couldn’t hold in her own news any longer – she was pregnant too, and their due dates were only four days apart!

“I wanted Leah to have her moment of sharing her news, rather than me just saying, ‘Me too!'” Sarah said. But when she heard Leah’s due date, she “ran down the hallway and got the ultrasound pic out of my purse and slapped it down next to Leah’s. We were jumping up and down, just so happy for each other. Everyone was just in shock.”

While the sisters don’t live close to each other, whenever they were together during their pregnancies they provided some amusement for everyone else.

“We were at our older sister’s wedding recently,” Leah said, “and, well, two pregnant chicks together, people couldn’t stop talking about this. They kept asking us, ‘Was it planned?’ No! It was kind of entertaining.”

As if their pregnancies weren’t coincidence enough, the two ended up giving birth on the same day, and at the exact same time in their respective time zones! Leah gave birth to son Reid Joseph at 1:18 a.m. early Thursday morning in Denver, Colorado, and Sarah gave birth to daughter Samantha Lynne at 1:18 a.m., in La Jolla, California.

Even the babies’ genders seemed destined to be – Leah had always been more of a tomboy while Sarah was the girlier of the twins.

Both moms are now home with their babies and are looking forward to getting the cousins together.

While the events seem almost too crazy to be true, Sarah and Leah say they aren’t surprised things happened the way they did.

“We’ve always lived in separate places, but all of us — we have two sisters — are very close in age and very close,” Leah said. “But certainly there’s another connection at the twin level.”

Did you love this incredible birth story as much as we did? So share this!