Woman Gets Caught Shoplifting Food. What This Cop Does Next Turns Things Around 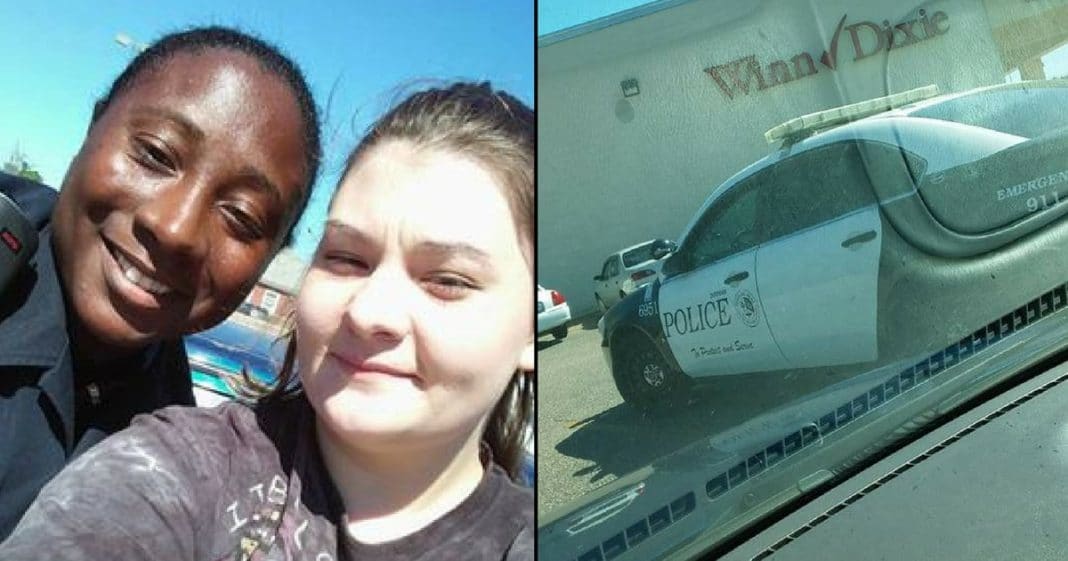 It was one of the most humiliating moments of Sheena Davenport’s life. Her family had fallen on hard times and she was desperate, so she went to Walmart to steal some food…and she got caught.

The other day she had to appear in court, and as she got her paperwork and prepared to leave, a police officer told her to wait for her outside.

Not sure what was going on, Sheena did as she was told. When the officer came out, she told Sheena to follow her.

The pair ended up at a nearby Winn-Dixie grocery store. Officer Katrina told Sheena to “grab a buggy and lets go shopping.”

Sheena was stunned. She told the officer she didn’t need to do that, but Officer Katrina told her she knew what it was like to struggle and then shared her story about how she made it through.

At the end of the trip, Sheena had $139-worth of groceries in her cart to take home to her family.

“This world may be jacked up y’all but there are still people out there who make a difference,” she wrote, “and when my time comes i will pay it forward.”

Were you touched by what Officer Katrina did for Sheena and her family? So share this!