Woman Flees Abusive Boyfriend, Then Stranger On Plane Sees Her Stomach And Knows 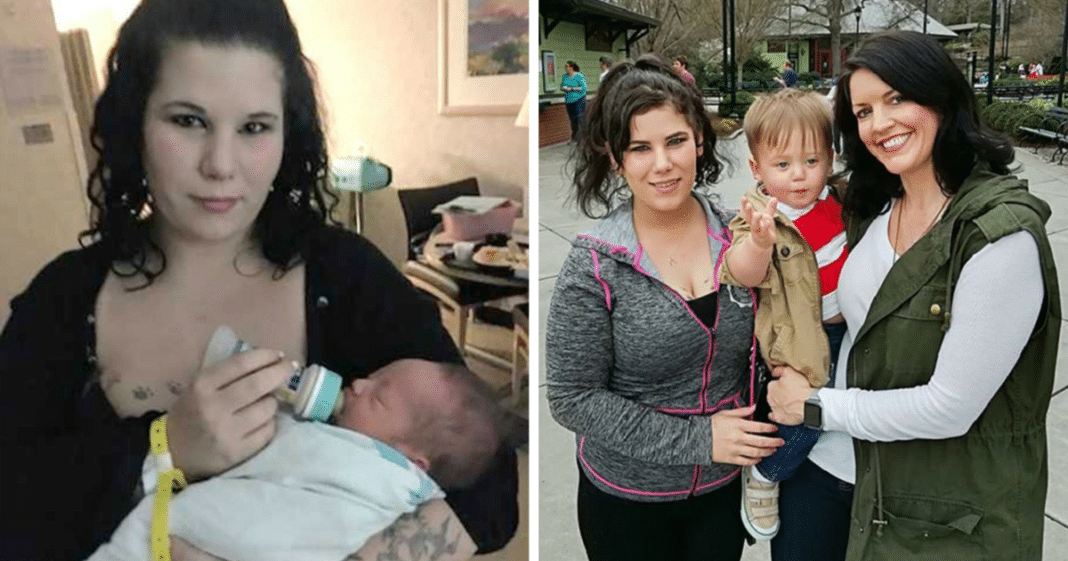 In 2016, Samantha Snipes life was turned on its head when she discovered she was pregnant. At the time, she was in an abusive relationship. When she was 12-weeks along, she found the courage to leave this toxic arrangement. “After finally gaining the strength to leave my abusive relationship, I found myself in a very dark and lonely place mentally,” Snipes tells PEOPLE. “I knew I loved this life inside of me, but I  didn’t love myself or the place I was in at that time. I loved [my son] so much, and that’s why knew  he deserved better.”

Snipes fled to Arkansas to her mother’s. There, she spent months depressed and stressed out as she struggled to figure out a new life for herself and her unborn son. Her mother offered to raise the child, but the young woman knew this wouldn’t be the best option.

At 8-months pregnant, Snipes experienced a moment of clarity. She decided to fly to North Carolina to visit her new boyfriend. During her journey, she missed her connecting flight. Snipes arranged to book another. She ended up seated beside a woman named Temple Phipps.

“She was so welcoming and bubbly and sweet. She was exactly the person I needed to meet at that moment when I was terrified and scared and alone,” the now-25-year-old tells PEOPLE of Phipps. “Neither of us should have been on that plane. I was so anxious to meet my boyfriend and terrified of having no plan for my child. She felt like a longtime friend after just a few minutes of talking.”

For the hour-long flight, the two women laughed, cried, chatted and shared stories. Snipes opened up about her past relationship and her pregnancy. Phipps, 42, was single and confessed she always wanted children. 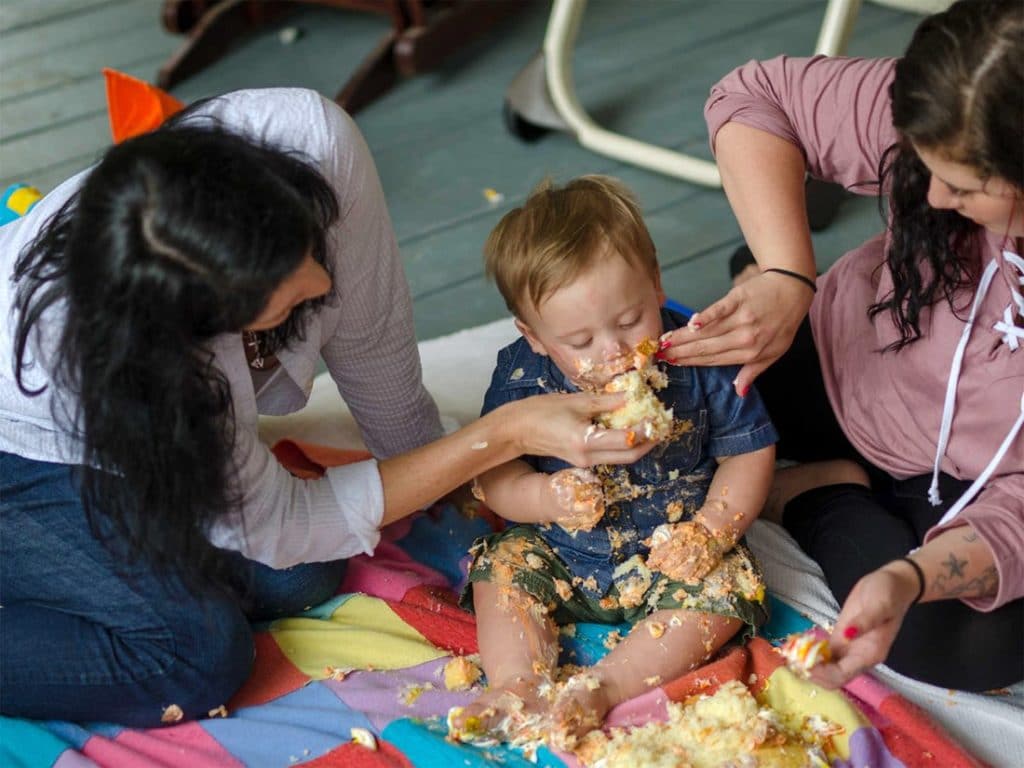 “It went from a total stranger to feeling like a person I’ve known my entire life,” Snipes adds of the random encounter.

When the plane landed, they went their separate ways. The women never thought they’d meet up again. Phipps went home while Snipes met up with her boyfriend. Soon after arriving in North Carolina, Snipes went into labor. She was three weeks early. Her boyfriend was supportive, but snipes wanted Phipps.

Snipes first shared her story with Love What Matters, writing, “I called Temple and asked if she could come see me. I told her I had the baby and needed someone to talk to. She agreed to come see me and keep me company.”

Baby Vaughn was born on October 6th, 2016 in a North Carolina hospital. Snipes immediately noticed the bond between Vaughn and Phipps. The woman fell in love with the infant. Snipes knew what she needed to do. She asked the other woman to adopt her baby. 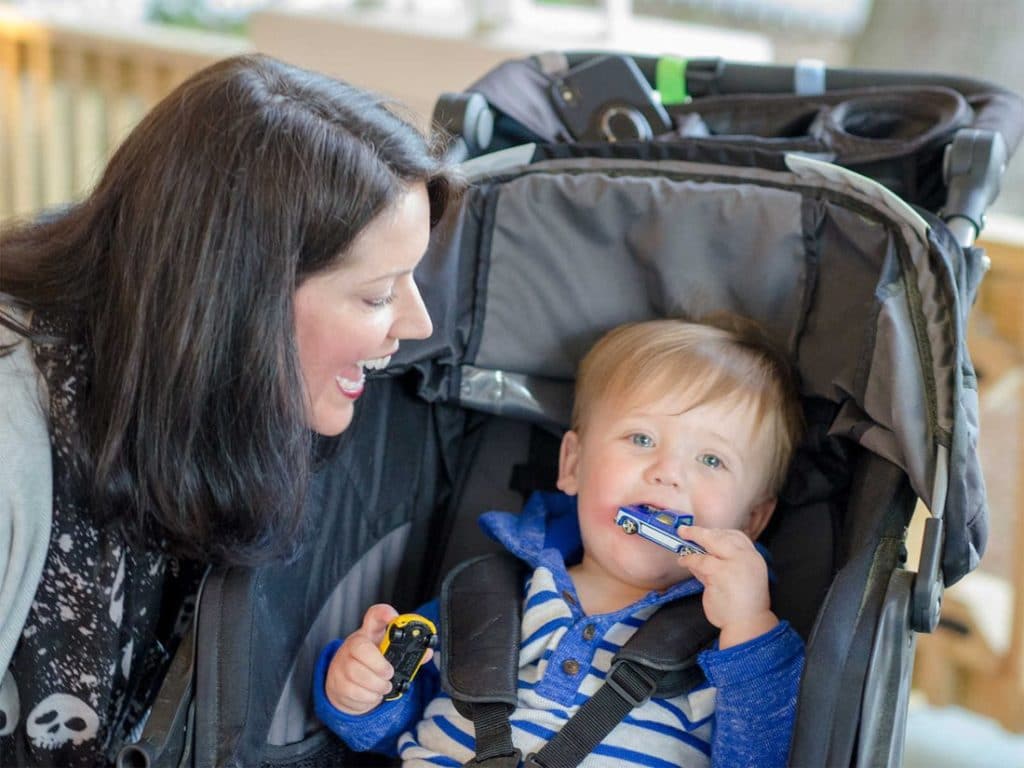 “I was in absolute shock and started crying and shaking,” Phipps tells PEOPLE of Snipes’ offer. “I was holding Vaughn at that time and could not believe the miracle that was taking place.”

Phipps agreed. Two weeks later, she was able to take Vaughn home. His adoption was finalized in August 2017.

“It’s incredible. Sometimes I just sit and stare at them together, and I’m like, they were meant for each other,” Snipes tells PEOPLE of Phipps and Vaughn. “She was meant to meet me; she was meant to be his mother. It’s the most beautiful thing.”

Phipps has served as a mother figure for Snipes too. They enjoy a strong, beautiful relationship. Snipes moved to North Carolina to be near Phipps and Vaughn. “To me, she is a mother, a sister, and a great friend on top of being the mother to my child,”  Snipes says. “I gave up the relationship I had with my family when I made this decision and she’s  given me more of a family than I ever had with them.”

The women have plans to write a book together about their journey. They live an hour apart. Phipps helped Snipes get back on her feet. Snipes now lives with her boyfriend. Both women are grateful for their chance encounter. “We not only are bonded by Vaughn but have a true friendship as well,” Phipps tells PEOPLE. “Life as Vaughn’s mother is amazing. He was absolutely meant to be my son, and he fills my heart and house with so much love and joy. I am grateful every day and never take this gift for granted. I am  confident that when Vaughn learns of his journey to me, he will understand the selfless and  courageous choice that Samantha made to ensure he has a beautiful life.”