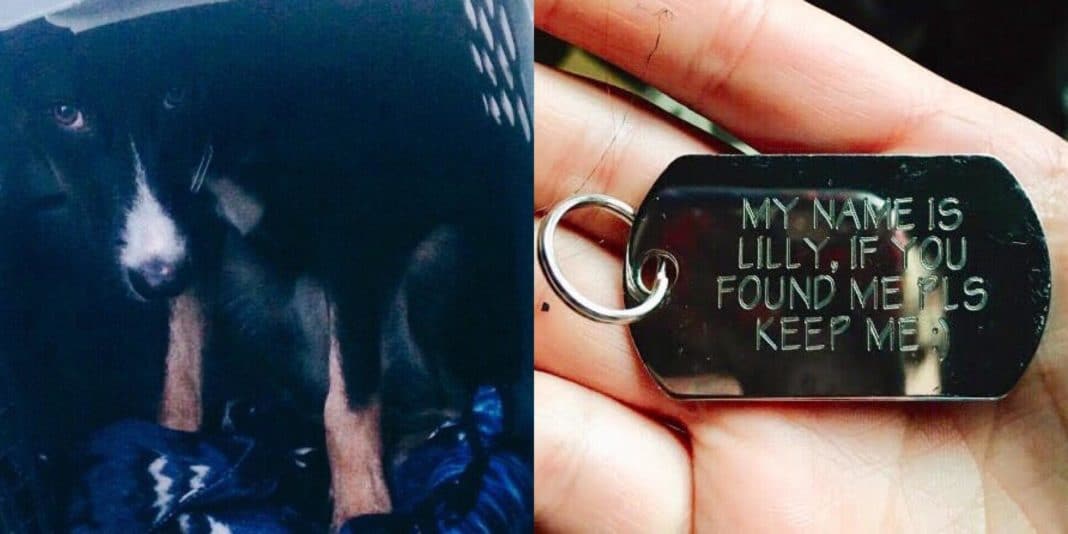 It is very unfortunate when pet owners are no longer able to care for the needs of their animals. Luckily, there are quite a few no-kill shelters in different areas that provide an option for owners to give up their pets without putting them in danger. Despite this, one dog wasn’t afforded the opportunity to be relocated to a shelter, instead she was put on the street — but it may have worked out for the better.

According to a story mentioned on The Dodo, two years ago on a snowy night in January, Payden Trujillo was driving along a highway in Utah when she noticed a figure crossing in front of her car, causing her to swerve out of the way. She pulled over to assess the situation, and what should found moved her tremendously.

There, in the cold, dark night, was a skinny and scared dog, all alone. She was able to get the dog into her car using a snack, and brought the dog to her dad’s house immediately. She thought that she and her family would be able to find the owners once she brought the dog home.

Sadly, Lilly’s tag read something that let her know her attempts would not be successful: “My name is Lilly, if you find me pls keep me 🙂 My fam cant and I need love.” 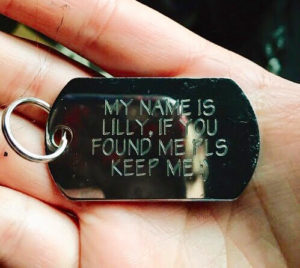 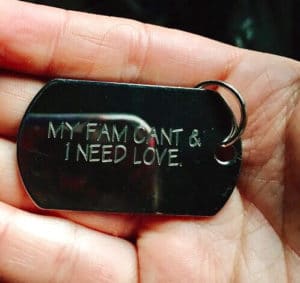 “As soon as we saw it, we knew nobody was out there looking for her,” Mercedes Trujillo, Payden’s sister, expressed to The Dodo. “There are quite a few no-kill shelters around that the owners could have dropped her off to, but instead they just left her. We couldn’t believe someone would throw out a dog like that.”

Since there would be no one for Lilly to report to, Mercedes knew she had to do something about it. She decided to take Lilly in for herself. Lilly was extremely malnourished. All she needed was some food and some love.

“She was really skinny and had frostbite on her paws, so she had to have been out there for some while,” Mercedes said. “I wasn’t sure if she was even potty-trained because whenever she would eat or drink it went right through her.” 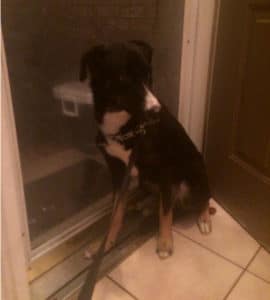 Mercedes worked towards getting the dog restored back to health, and after a few weeks she was effective in doing so. But, Lilly had separation anxiety and would often act out by destroying things when she was left alone. This was quite a burden for Mercedes as she was staying at the home of family friends. She spent a year moving from house to house with Lilly because no one wanted to keep the dog in their home.

Finally, Mercedes was able to find a place to live on campus of her university and Lilly was allowed to come live with her. Once the two got settled into the new place, Lilly’s anxiety got much better, and she didn’t react so badly to being alone.

This new accomplishment shed light on yet another obstacle they would have to overcome: Lilly’s fear of men. Thanks to one of Mercedes’s professors, Lilly was able to join her in class to get used to being around males.

“I’m thinking her former owner may have been a man, because, before, we couldn’t even pass by a guy without her lunging at him,” Mercedes said. “Since I’m a mechanical engineer, I was surrounded by guys in my classes, so she sat with them and got to know them on her own terms.”

Now, two years later, Lilly is like a brand new dog. She loves people and she loves being outdoors. She even now has a little sister, a 1-year-old Greyhound Mix. The little family is enjoying life in their recently new home of California.

It is very sad that Lilly had to endure those cold days and nights on the street for that unknown amount of time, but all things worked together for the good. I’m happy to see that she found a consistent home with a very loving owner. Way to go, Mercedes! 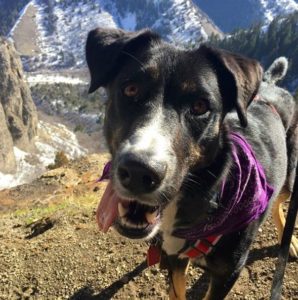