Woman Finds Crying Baby Abandoned In Plastic Bin, Then A Stranger Emerges From The Crowd 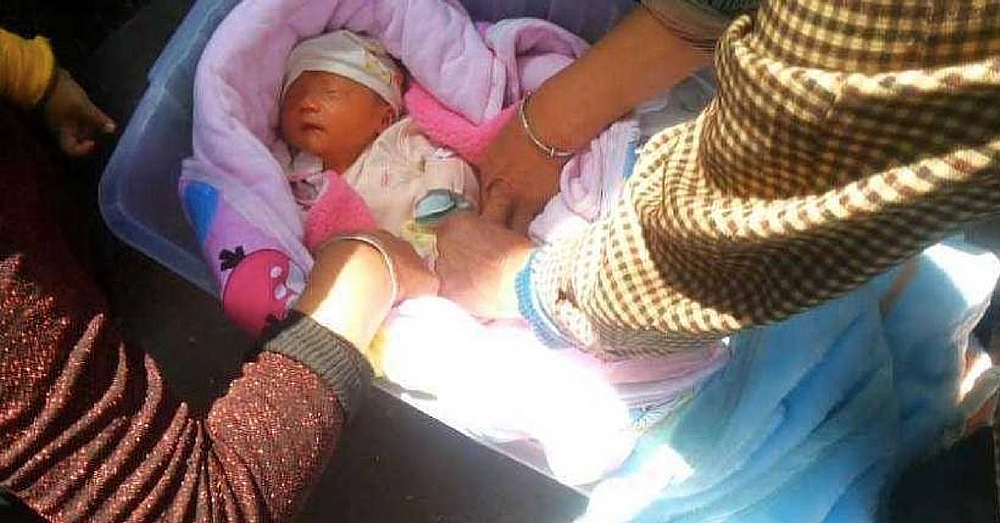 Wei, from Xianyang City, China, stepped outside her office one morning and noticed a plastic bin filled with what she thought was trash. She was about to move on when she heard a whimper.

When Wei looked inside the bin, she found a tiny baby wrapped in a blanket. Next to the baby were half a bag of milk powder and 100 yuan.

A crowd quickly gathered around the tiny, crying newborn. Some tried to shield her from the sun while others went to fetch some water for her, but the baby kept crying.

Suddenly a young woman stepped out from the crowd and took the baby in her arms. Then she sat down on the ground, lifted up her shirt, and began to breastfeed. Immediately the baby began to calm down.

The woman held the baby until police arrived at the scene. Some of the others who were gathered left donations for the little girl, and authorities took her to a local welfare center for children.

A formal investigation is underway to find out who abandoned the baby and why.

Thanks to the quick thinking and selflessness of this anonymous woman, this baby was able to know the love and care of a mother and will hopefully go on to live a happy and healthy life.

Were you touched by this woman’s actions? So share this!