Woman Desperate For Help For Dying Dad. What Stranger Does Next Leaves Her In Tears 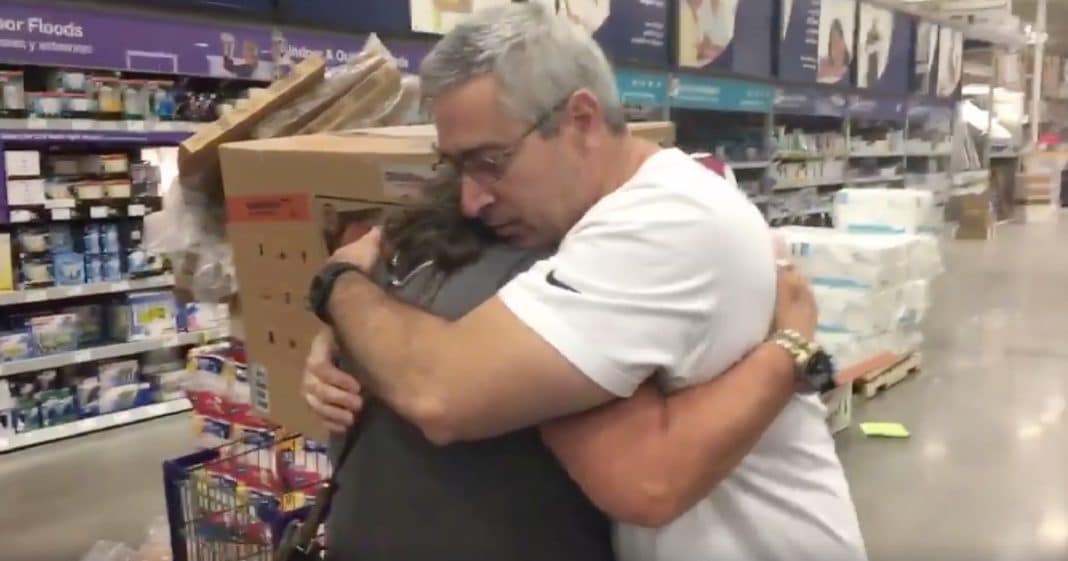 When we look at the world around us it is so easy to get disheartened. It seems like we are surrounded by so much darkness, whether it be crime or racism or terrifying storms and fires.

Those things can get overwhelming and it can sometimes make it feel like there is no more goodness left; but when you open your eyes and look for the good, there is always hope to be found.

When Hurricane Harvey hit Texas, it left so much destruction in its wake. In the midst of the darkness and despair, though, many people stepped in to help people and animals who had been stranded by the storm, bringing light to the terrible darkness.

This week millions of people in the path of Hurricane Irma have been waiting with dread for the storm to hit. People have frantically run to stores to stock up on the essentials before either fleeing or hunkering down to try to ride out the storm.

We have already seen the devastation Irma has wrought as it swept through the Carribean and carried on in its path toward the United States. Countless people have seen their homes destroyed and some have even lost their lives.

But while all seems scary and hopeless, yet again we are seeing people step up and show us that there can still be good in the midst of this storm.

Irma hasn’t even hit Florida yet, but we’ve already seen at least one incredible act of heroism and selflessness that has left us stunned.

Pam Brekke was desperately trying to find a generator before the storm hit. Her father is on oxygen and she needed to make sure his machine would still work if the power went out.

She ran into Lowe’s to try to find one, but broke down in tears when she realized someone had just taken the last one.

All of a sudden, a man came up to her and insisted she take his. Stunned, Pam began to cry even harder and wrapped her arms around him in a huge hug.

The man, whose name is Ramon Santiago, is a hero in our eyes. The storm may be tougher to ride out without a generator, especially if he can’t get power back for a while, but he had the compassion and kindness to see Pam’s desperation and selflessly sacrifice his own comfort and safety for hers.

Nancy Alvarez with WFTV shared the story and it has quickly gone viral, racking up over 14 million views in just one day.

“Writing this through tears,” she said, “and with a heart full of pride for my community.”

Were you touched by Ramon’s incredible act of selflessness? So share this!