Woman With Dementia Forced To Give Up Cat, Then Son Buys Robot Cat. Her Response Had Me In Tears 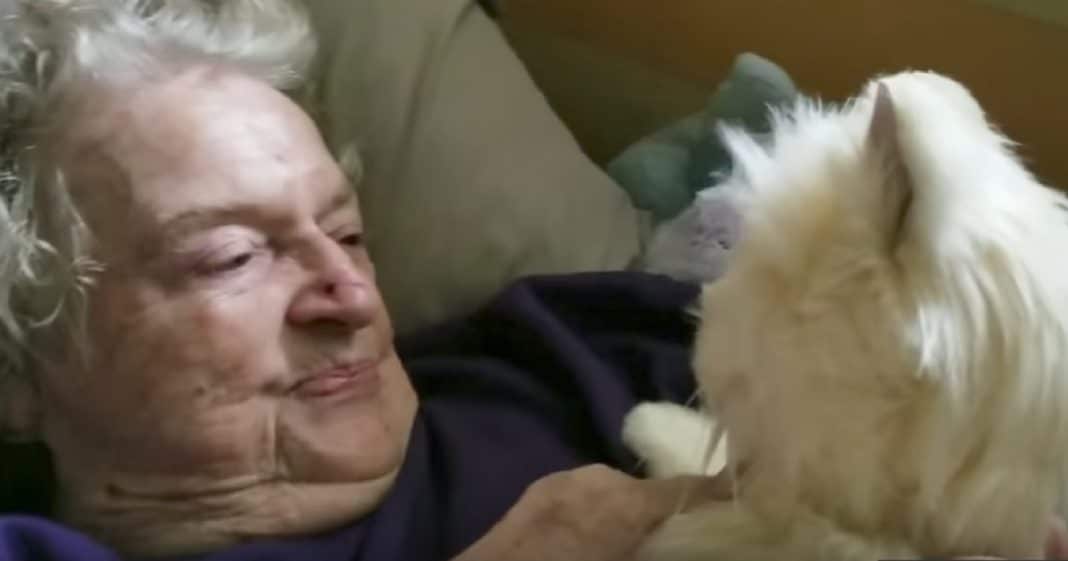 Alzheimer’s and dementia are heartbreaking diseases because they slowly strip away the person we once knew. They no longer remember how to do things that once came easily to them and they start to forget the names and faces of those closest to them.

For a person dealing with dementia, it must be a terrifying and lonely thing to deal with.

81-year-old Virginia Smith knows this firsthand. When her husband passed away a few years ago, she moved from Texas to Seattle, Washington, to be closer to her son, James. Along with her belongings, she brought her beloved cat to keep her company.

Pretty soon, though, it was clear that Virginia was suffering from dementia and needed extra care.

“It won’t occur to her to eat even though she is hungry,” James explained. “It’s this weird disconnect that happens. She’ll sit there and say I’m hungry and there will be food across the room but it won’t occur to her to actually motivate herself to go get it. So obviously, someone in that condition can’t take care of an animal.”

The family decided it was time for Virginia to move into a nursing home that could provide her with round-the-clock care, but her new home didn’t allow pets, so Virginia had to say goodbye to her beloved cat. She was heartbroken.

“Being in a situation like that is lonely. So that’s why I think she was so upset to have to give up her cat because it truly is a companion,” James said.

James knew how much his mom missed her beloved companion and he desperately wanted to find something to replace him. That when he discovered this very special robotic cat.

The robot is so lifelike that you might be tempted to think it’s a real cat! It is white and furry, moves realistically, and even purrs when it is touched.

James wasn’t sure how his mom would react when he gave her the new cat, but her response exceeded all of his expectations.

“The first I did was put it right on her chest and instantaneously it started to purr,” James recalled. “It’s pretty realistic. It was different to her. Within a minute or two she had a name and it was no longer an it but a he. He was a good boy and he was her cat. So it was really cool.”

Virgina has decided to name the cat “Robbie.”

James said his mother understands that the cat is robotic, but he believes that as her dementia progresses she will begin to think it is real. He is just happy that his mom has a new companion who can keep her company and give her comfort when he can’t be with her.