Pizza Employee Sees Something Strange On Woman’s Order. What Happens Next Saves Her Life 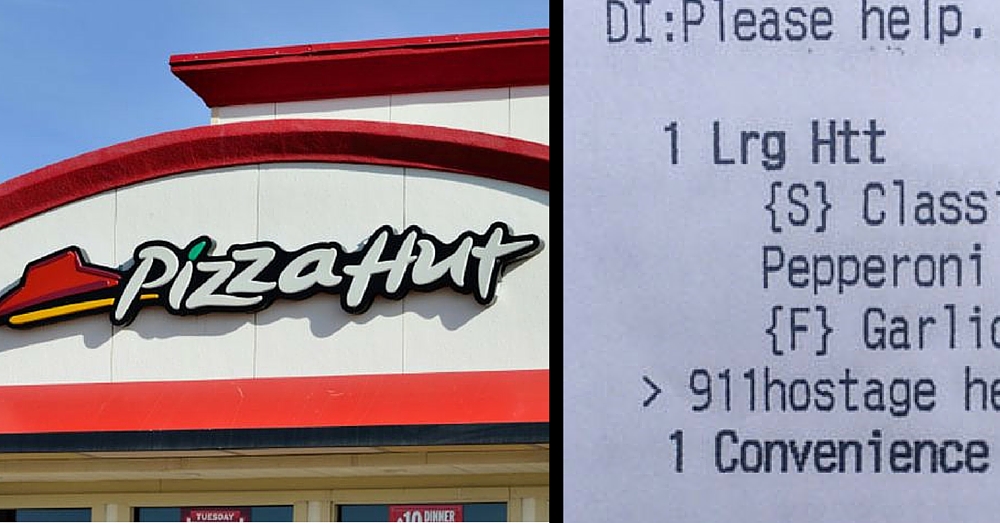 At about 3:40pm on a recent Monday afternoon, a Pizza Hut in Highlands County, Florida, received a suspicious hidden message from a customer that they recognized from previous encounters. Thanks to the employees’ quick thinking they were able to save the woman’s life! Continue on to hear this story.

A woman and her two children were being held hostage in their own home by her boyfriend at the time. He had held them there all day long, not allowing the mother to make phone calls or even get food for her family.

Not knowing what else to do, the woman was finally able to convince her boyfriend to let her order a pizza. Using the message feature on the order form, she was able to notify the pizza place that she and her children were being held hostage and that they needed to contact the police immediately.

The restaurant manager, Candy Hamilton, told WFLAH, “We’ve never seen that before. I’ve been here 28 years and never, never seen nothing like that come through.”

The police department was notified right away and they were able to find and rescue the woman and her children. Her boyfriend was arrested and charged with a weapon without the intent to kill, aggravated assault, and false imprisonment.

Thankfully the family was not harmed and they are completely fine now.

Were you amazed by this woman’s quick thinking? So share this!