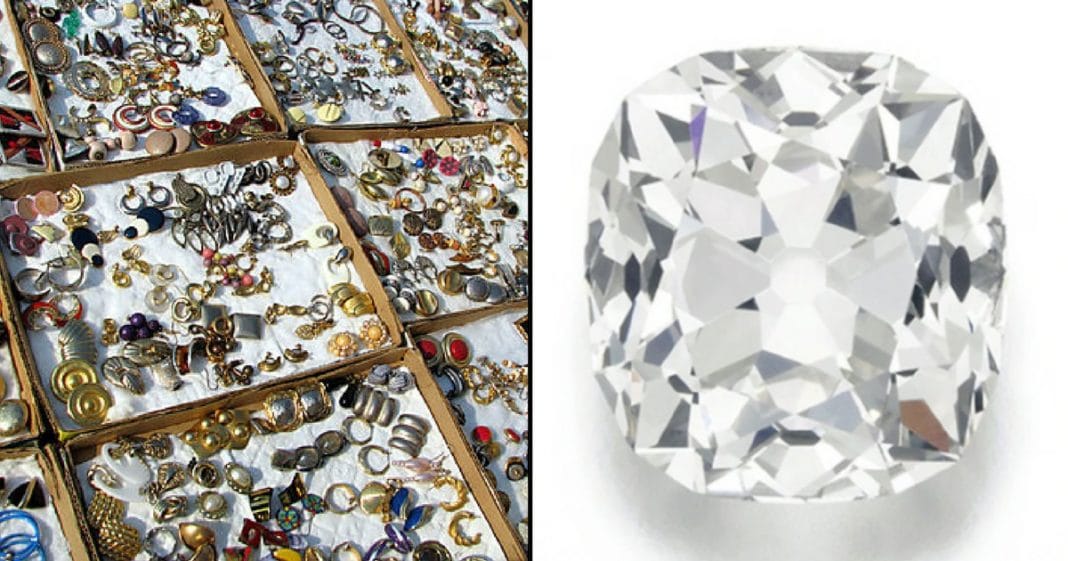 Oftentimes people going to flea markets are looking for little hidden treasures, and this woman found just that. But it took her about 30 years to realize just what an incredible treasure her find truly was!

The woman, who wishes to remain anonymous, bought a ring at a flea market for about 10 pounds (about $15). The ring – which she thought was a piece of costume jewelry – featured a big stone that looked like a diamond.

Well, 30 years later she has discovered that the “costume jewel” she’s been casually wearing around is actually a 26.27 carat white diamond!

Apparently, 19th-century diamonds – when this stone was cut – were not cut to show off the stone’s brilliance and clarity like they are today, so the woman had no idea the stone was real.

The ring will go up for auction next month through Sotheby’s and is expected to fetch about 350,000 pounds (approximately $454,000).

Talk about a lucky find! Wow!

Were you as shocked by this woman’s find as we were? So share this!