Woman Bangs On Door, Says Rapist Is Close Behind. What 14-Yr-Old Does Next…Stunning 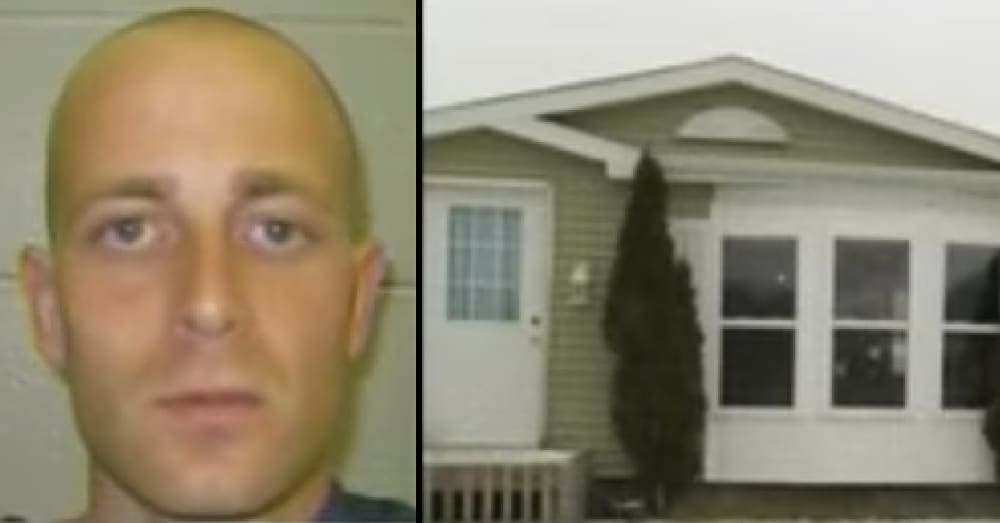 James Persyn III, a 14-year-old from Michigan, was home one night babysitting his two younger siblings – an 11-year-old sister and 2-year-old brother – while his dad ran out to pick up his fiancée, who was just a couple miles away.

Suddenly, James heard frantic knocking on the door and a woman calling out in a terrified voice.

“Her voice was, like, she was going to die if I didn’t open that door,” he recalled.

Cautiously the young teen opened the door and found a young woman with bruises on her face, packing tape wrapped around her body, and a broken arm, which she held close to her body. As soon as James opened the door she rushed inside and told him, “We gotta hide! There’s someone out there who just kidnapped me and he’s trying to kill me.”

Thinking quickly, James locked the door, turned off the lights, rushed the woman and his siblings into the bathroom, and grabbed a small hunting knife. He then told the woman to call 911 while he called his dad and told him he needed to come home immediately.

Soon they heard angry banging on the door and a man screaming outside. It was Eric Ramsey, the 30-year-old ex-convict who had kidnapped the young woman and was now trying to get to her to kill her.

What they heard next, though, was even more chilling – silence.

When Ramsey couldn’t get inside, he doused the house in gasoline and lit a match. The children and the young woman waited helplessly in the bathroom, hoping help would arrive in time.

Thankfully, James’ father arrived on the scene just in time. He was able to stamp out the fire just as police arrived.

The woman was taken to the hospital while the family stayed at home, processing everything that had occurred. A little while later, police called and told them they didn’t need to worry about Ramsey coming back for them – he had been shot and killed.

James, along with his sister, Acelin Persyn, have since been hailed as heroes, and Isabella County Sheriff Leo Mioduszewski said that James saved the young woman’s life. “If [James hadn’t] let her in, there’s no doubt in my mind that Ramsey would have ended up killing her,” he said.

James’ dad is proud of his son’s quick thinking and bravery.  “We had never really thought about ‘hero,’” he said of the word that’s being used to describe his son. “I just kept telling him how proud I was of him.”

Do you think this young man is a hero? So share this!