Woman Attacked By Man With Knife, Then Sees Pit Bull Coming Toward Her… 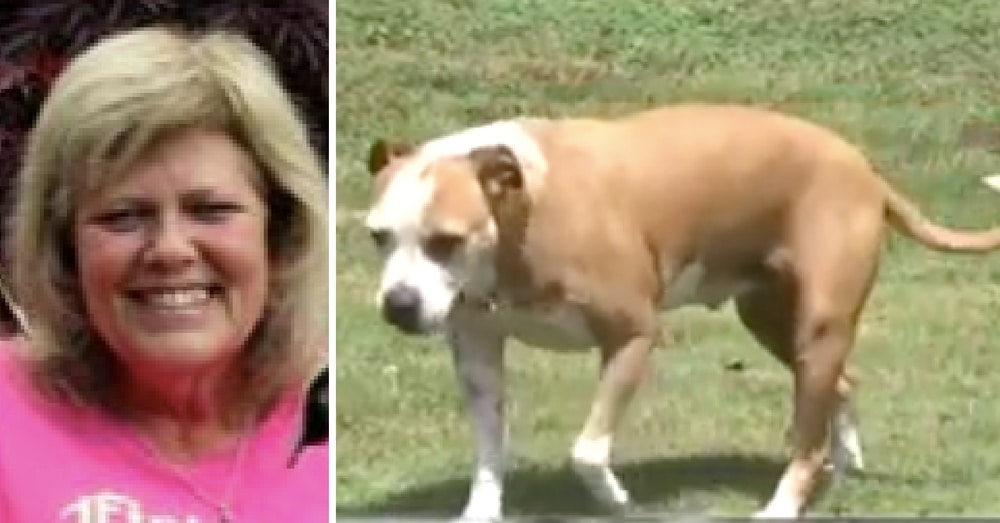 Hero the pit bull definitely earned his name after what he did to save a woman’s life recently.

The stray dog was walking on the streets of Knoxville, Tennessee, when he came across a man attacking a woman with a knife.

Though he had never met the woman, his protective instincts kicked into full gear and he put himself between the woman and her attacker.

Even though he got stabbed five times in the process, he refused to leave the woman and ended up saving her life.

Police arrived on the scene and found the dog barely hanging onto life. They knew he had no owner to pay for his medical bills, but they also knew this brave dog deserved a shot at life, so they rushed him to a vet where he almost died twice during surgery.

Thankfully Hero pulled through and is now well on his way to recovery!

When Carla Welch, the owner of pit bull rescue foundation Fighting For The Bullys, heard Hero’s story, she knew she had to help him. She began an online fundraising effort to pay for Hero’s medical costs and is helping him on the road to recovery.

The courageous dog, who Carla says is very friendly, is now up for adoption. You can find more information on her foundation’s Facebook page.

Were you amazed at what this pit bull did to protect a total stranger? So share this!