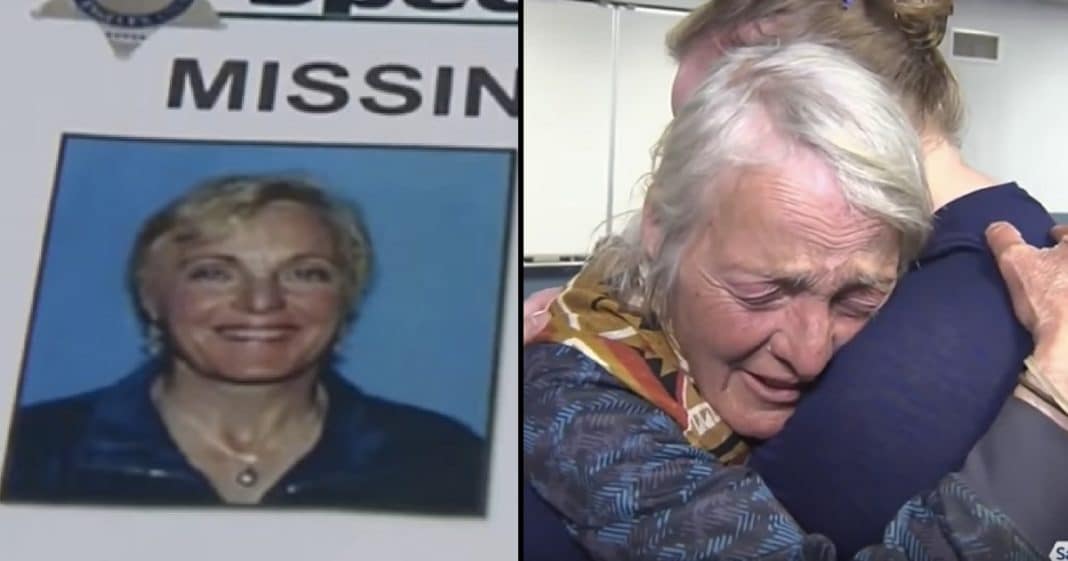 When Kayannette Gabrielle went missing from her home in Valencia, California, in 2006, her family searched everywhere for her. They reported her disappearance to the Los Angeles County Sheriff’s Department and detectives followed leads for years, but Kayannette never turned up.

What her family didn’t know is that Kayannette had suffered from severe memory loss, possibly the result of a traumatic head injury. She couldn’t even remember her own name.

About four years ago she ended up in Santa Barbara, California, often sleeping on the ground outside the main library. People knew her as Mary Roberts, a name she came up with since she couldn’t remember her own.

Many people in the community tried to help her and reunite her with any family she might have, but it was difficult since they didn’t have a real name or Social Security number to go off of.

When Kayannette got cited for sleeping in public and trespassing, those tickets brought her to the attention of the Restorative Court Program, which seeks to rehabilitate homeless people and get them off the streets.

Mureen Brown, a restorative police court liaison for the police department, secured a bed for Kayannette at a local homeless shelter and began to work tirelessly to help her, determined to put together the pieces of her life story.

“We work with a lot of vulnerable people out on the streets,” Mureen said. “Many of them have sad stories and sad situations. We know they all come from a mom, a dad, a brother. They have somebody they were once tethered to.”

Kayannette stayed at the shelter for about a year. Then, just a couple weeks ago, she started to remember.

She told one of the case managers at the shelter that she remembered her name and some other personal information. Mureen was able to pull up her driver’s license on the computer and began to search the missing person database.

“Sure enough, she showed up immediately,” Mureen said. “In the six years I’ve been doing this, this is the highlight of my entire time working with the police department. This is a story about an entire community keeping this woman safe, taking care of her, not giving up hope and at the end of it we have a miracle. It doesn’t happen that often.”

Finally, Kayannette’s family got the call they had been waiting for for over a decade. Within an hour, Kayannette was on the phone with her son Brett.

“Her voice was unmistakable,” he said.

Soon after, Kayannette was reunited with Brett, along with her daughter Colette and her other son Jared.

While there are still many questions to be answered and many pieces of the complex puzzle yet to be put together, the family is overjoyed to be back together, and Kayannette’s children are relieved to know their mother is safe. Her children are also thankful for the kindness and compassion their mother was shown when she was living on the streets.

“This is a story about people seeing our mother compassionately and having hope that one day she would be identified and we would have this reunion to share with you,” Brett said.

Kayannette said she was afraid to give up hope and was held together by the love she had for her children and the support she received from police, advocates, non-profit workers, doctors, and nurses.

“I thank all the incredible people that were my guardians, my providers, they did so much for me emotionally mentally, and physically,” she said. “They lifted my heart and they always will and they gave me their hearts. I always felt safe with them and cared for.”

Kayannette will likely go to live with her daughter Colette in Colorado and is looking forward to meeting her grandchildren. She will also be reunited with her 91-year-old dad, who does not yet know that she has been found.

Were you happy to see Kayannette reunited with her family? So share this!