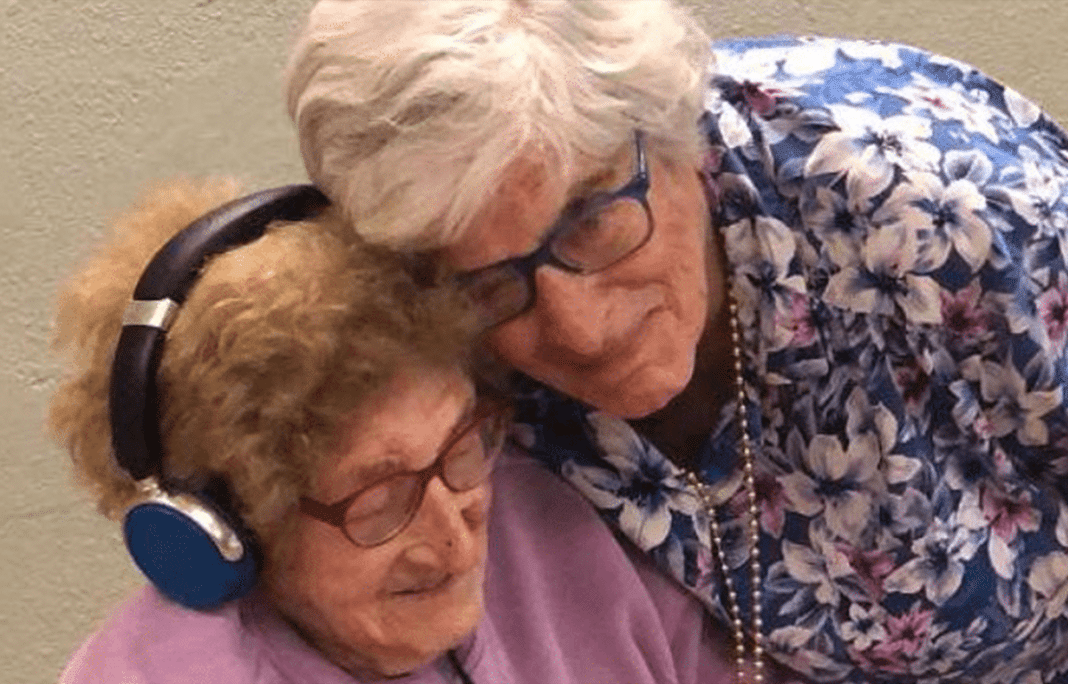 When Joanne Lowenstern was 16-years-old, she was shocked to find out that she had been adopted. That was in 1954, and up until recently she always felt an emptiness inside, never knowing who her biological parents were.

She was told her mother had passed away shortly after she was born.

“I was told two days after I was born, my mother died,” said Lowenstern. 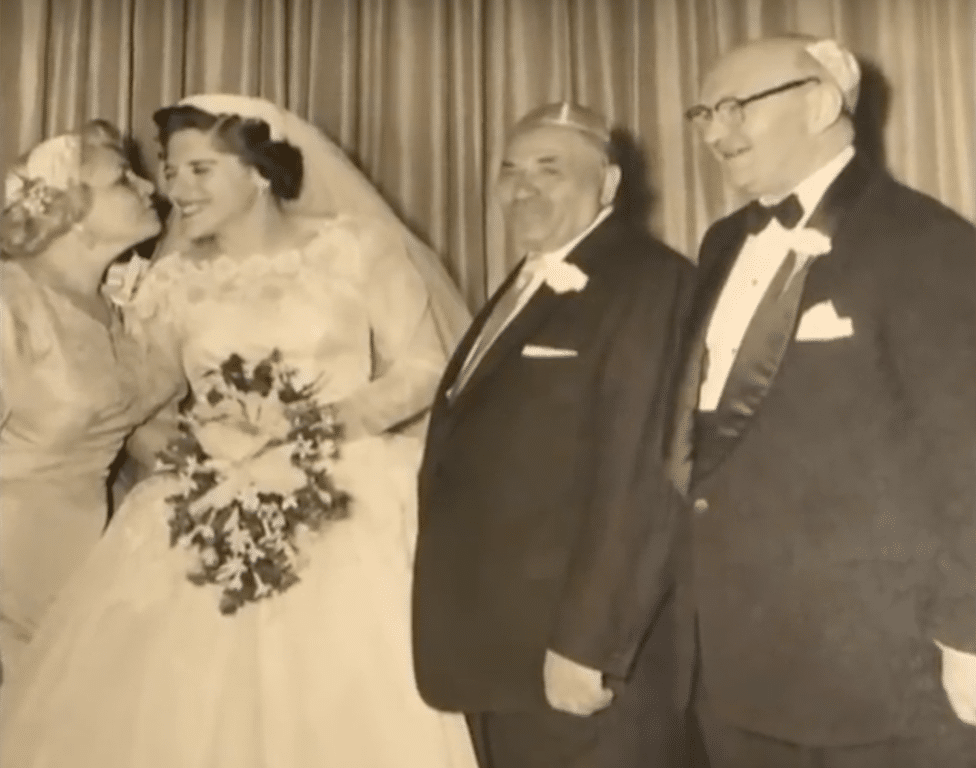 For 64 years, Lowenstern wanted to know more. She sometimes would sit and cry about it and would tell her family:

Joanne’s daughter-in-law, Shelley decided she would try to help. She created an account at Ancestry.com and entered vital information that they had: Joanne knew that her mother’s maiden name was Lillian Feinsilver. 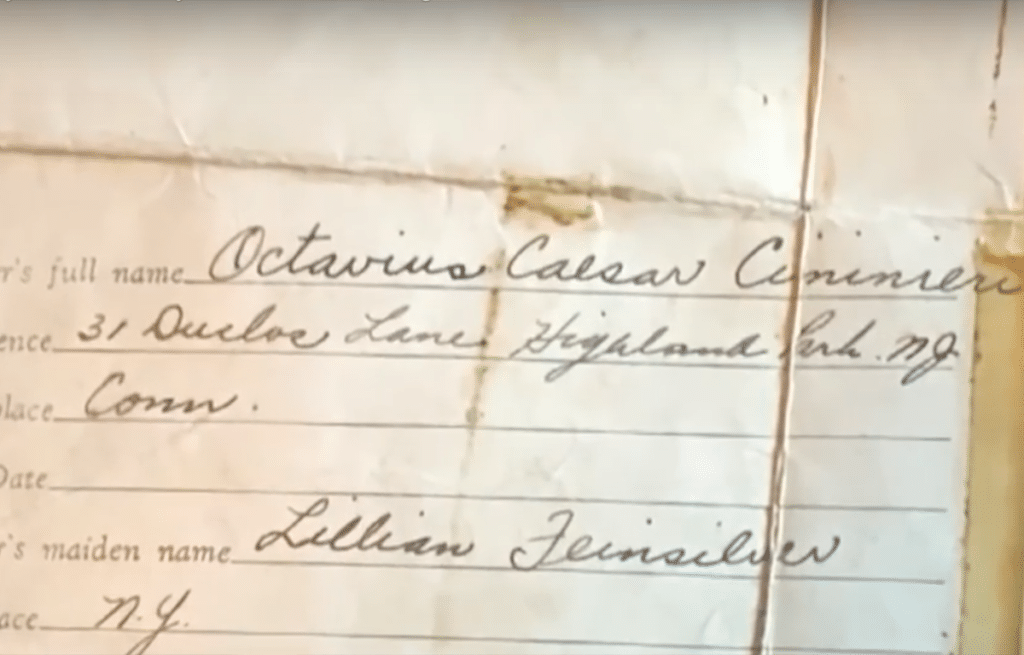 That name would prove invaluable when a man named Samson Ciminieri registered his DNA to the database. Shelley got a notification that Samson was a possible match. She excitedly reached out to him and asked:

“Do you know Lillian Feinsilver?”

His immediate and stunning response was:

And, just like that, they had located Joanne’s mother. But the best part was: She was still alive at 100-years old! Joanne soon learned that Samson was her half-brother and that Lillian had been living this whole time a short distance away from her in Florida.

Joanne lived in Boca Raton, Florida. Unbeknownst to her, mother Lillian lived in Port St. Lucie, about 70 miles directly north of her.

A reunion was quickly organized, and when the two women met each other, they knew right away they were mother and daughter.

“I knew that she was my mother. I look like her,” said Joanne. 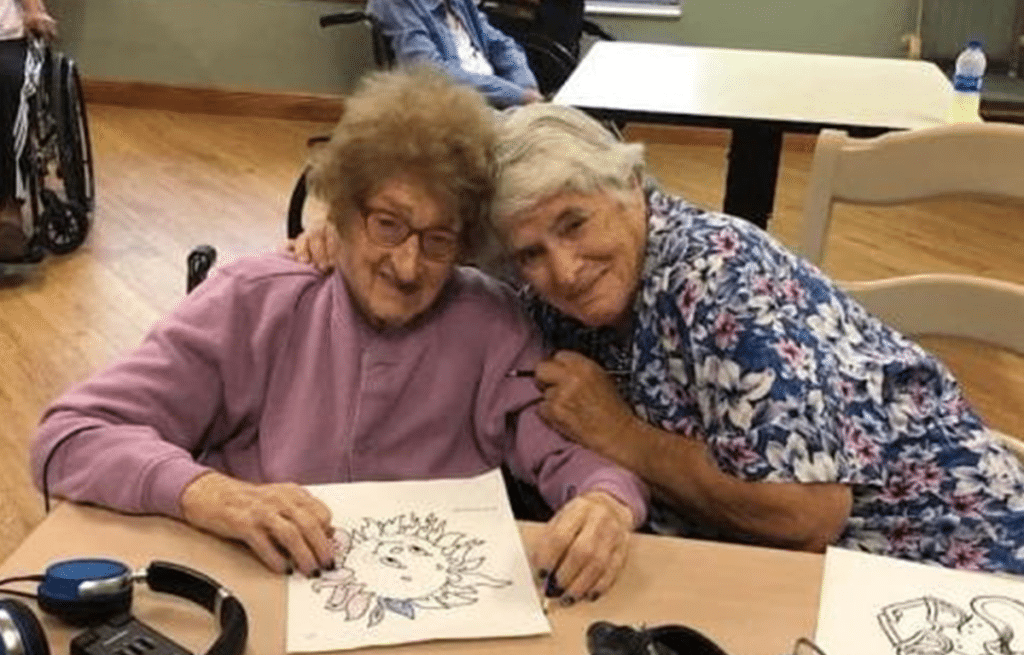 The two wore the exact same type of open-toed sandals to their reunion, which seemed like more than mere coincidence. 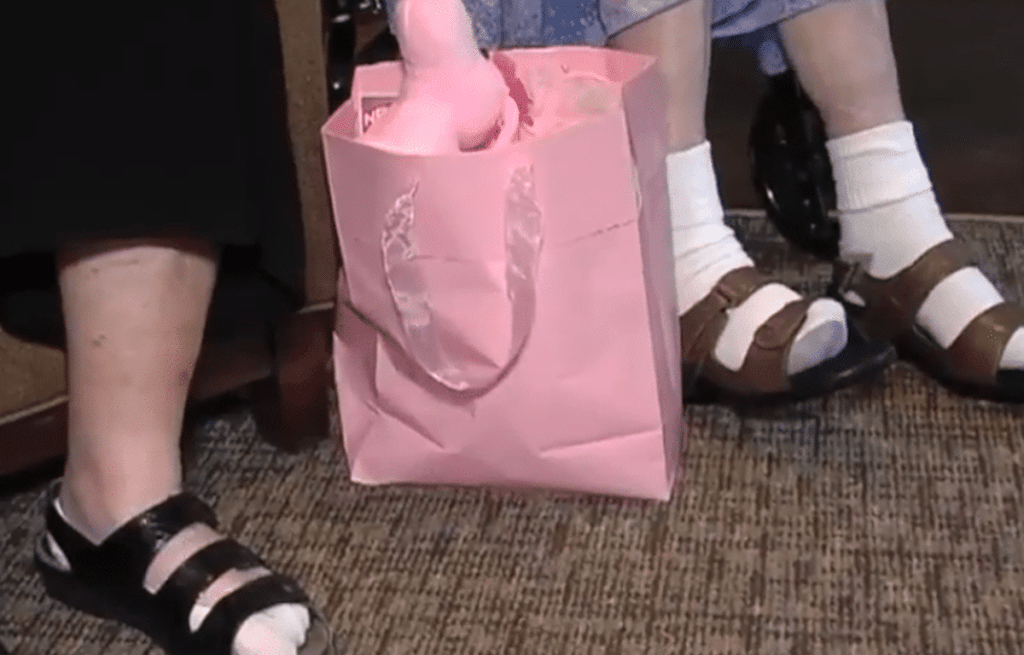 Joanne and her mother wore the same type of shoes

The mother and daughter made up for the missing time by sitting and coloring in a coloring book with each other. They filled in a picture of two beach sandals together. Joanne made plans to visit her mother again every weekend. 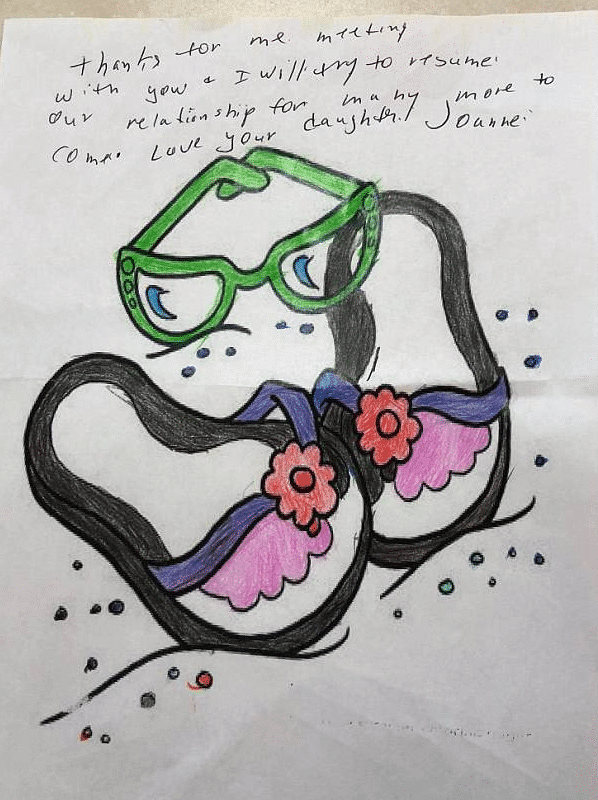 The coloring book page that mother and daughter filled in, along with a note from Joanne

The reunion brought closure to the mother and daughter, and Joanne would never have to wonder again where she came from.

“I’m proud. It’s something I wanted to do all my life, and now I’m through,” said Joanne.

After the amazing reunion, there were still unanswered questions. Joanne was told a falsehood that her mother had passed away. Lillian Feinsilver may also have been told a false story by hospital personnel when she had the baby out of wedlock in 1938.

See the story unfold in the video from WPTV News below: