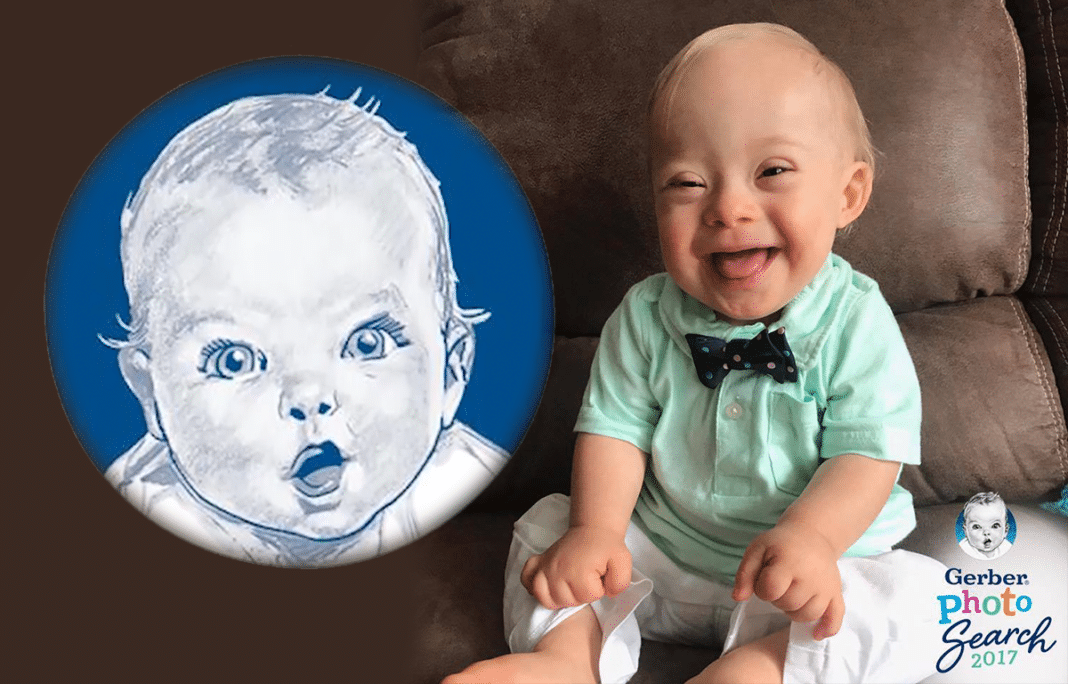 In February, Gerber chose 18-month-old Lucas Warren as their next “spokesbaby.” On a recent vacation to Tampa, Florida, Lucas was introduced to the very first Gerber baby, 91-year old Ann Turner Cook. Gerber helped arrange the meeting with Cook, and the pictures couldn’t be more adorable.

My grandmother was the Gerber baby. It was a funny bit of trivia, never made her rich or got us free strained peas or anything. But last week she got to meet the company's newest spokesbaby, named Lucas. Pretty pretttty cute. pic.twitter.com/u7ddWaM1Ed

The two Gerber spokesbabies hit it off right away, as you can plainly see in the picture. Colin said that Lucas was so taken with his Grandma that he offered her a cookie, which she accepted.

“As soon as we walked into the room, she and Lucas immediately bonded,” Jason and Cortney say in a statement to PEOPLE. “Lucas walked right up to her, flashing his signature smile and waving, and we could tell he loved her right away.”

Lucas’ parents said that the experience of meeting Ann was “life-changing.”

Lucas was selected in a contest out of roughly 140,000 babies under consideration. He became the first Gerber baby in 91 years with Down syndrome. Now his story is helping to raise awareness and understanding about the 6,000 babies born with Down syndrome in the United States every year. In addition, he’s ridiculously cute.

Ann Turner Cook recently celebrated her 91st birthday and is a retired teacher in Florida who also writes mystery novels. The sketch of her was made the official trademark for Gerber in 1931 and is still seen everywhere today.

For fifty years, the identity of the real Gerber baby was a secret. Nodoby knew if the drawing was of a boy or a girl, but in 1978, the company revealed the drawing was of Cook, created by her neighbor. She was just 4 months old in the photograph that the artist, Dorothy Hope Smith, sketched.

When she submitted her drawing to Gerber, she intended the drawing as an example of what she could do. The judges loved the sketch exactly as it was, and the rest is history.

And here’s another adorable baby: Max, the great-grandson of Ann Turner Cook. The likeness to Cook is spot-on!