Windshield Cracks, Pilot Blinded After Hailstorm Hits. What He Does Next? This Man’s A Hero! 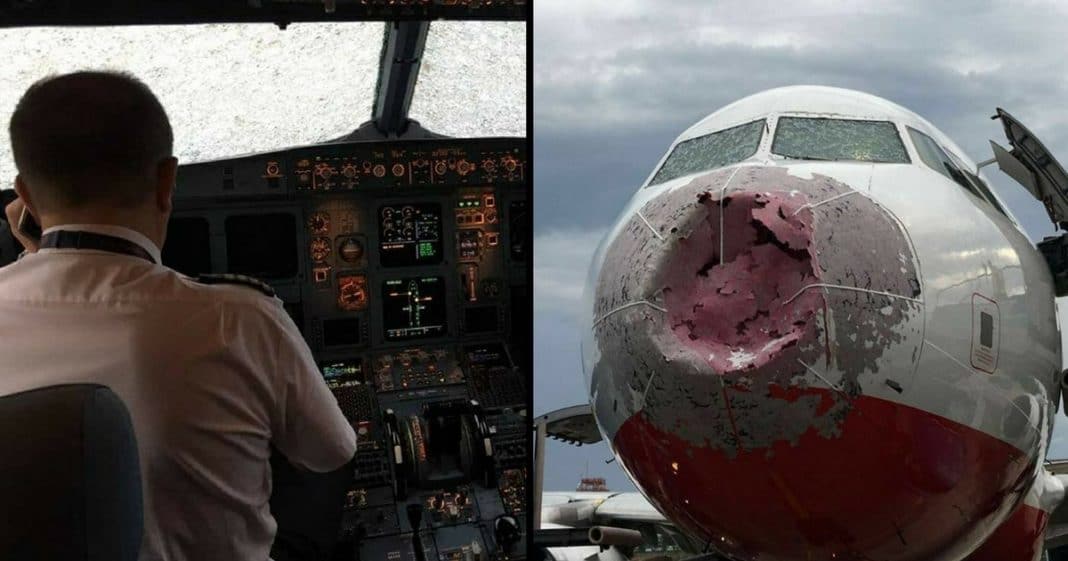 The fear of flying is a very common one, often topping compiled lists of “fears”; and after what these passengers just went through, I wouldn’t blame them if they never wanted to fly again! Thankfully, they had an incredibly competent and heroic pilot who saved the day – and their lives.

AtlasGlobal’s Captain Alexander Akopov had only been piloting the Airbus A320 – traveling from Istanbul, Turkey, to Ercan, Cyprus – for about 10 minutes when the plane flew through a freak hailstorm that the weather radar had somehow failed to pick up.

The hailstones were so big that they smashed in the nose of the aircraft, shattered the cockpit windshield, and knocked out the autopilot system, rendering Captain Akopov practically blind in the sky.

As the 121 passengers on board screamed, cried, and prayed, sure they were about to die, Akopov knew it was up to him to save them. He decided to turn around and attempt an emergency landing at Istanbul’s Ataturk Airport.

Incredibly, using some special techniques and maneuvers, Akopov was able to successfully land the plane. As the aircraft made its bumpy landing, passengers cheered and clapped, in disbelief that they had just survived the frightening ordeal.

Some bystanders at the airport managed to capture the landing on video, and it is quite the amazing sight to behold when you think that Captain Akopov was flying blind.

A short time later, Akopov, a Ukranian native, received a phone call from his country’s president and was awarded the Ukrainian Order of Courage for his incredible feat of bravery.

Those 121 passengers and six crew members owe Captain Akopov their lives. We know his actions that day will not soon be forgotten.

Do you agree that Captain Akopov is a hero? So share this!