William Takes George To 1st Day Of School, But People Notice Something Eerily Familiar About Photo 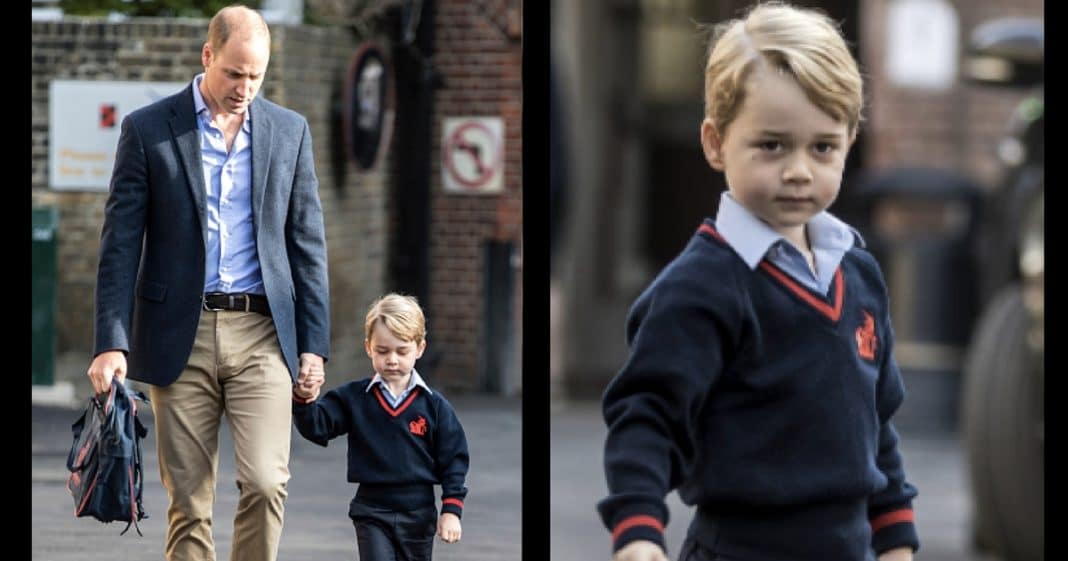 Little Prince George has learned very quickly that royal life means being in the public eye. He may only be four, but even his first day of school made headlines around the world!

Embed from Getty Images
People gushed over how adorable the shy young prince looked as he nervously held his daddy’s hand and walked toward his new classroom. Most everyone can relate to those first day of school jitters!

But many royal watchers noticed something else about the photo that made them misty-eyed. It was very reminiscent of one taken 30 years ago, except that one was of William and his mother, Princess Diana, as she walked him to school.

Embed from Getty Images
It’s not hard to see the resemblance between the two photos or the people in them.

We’re sure Diana would have loved to be there to see her eldest grandchild head out to his first day of school. Sadly, she will never get that chance, but her legacy is being carried on through her son.

It is clear the efforts Diana made to give William and Harry as normal of an upbringing as possible had their desired effect – William is now making those same efforts with his own children.

Embed from Getty Images
What a beautiful legacy the People’s Princess has left behind. We’re sure she’s looking down on her son and grandson with love and pride.

Are you happy to see Prince William carrying on his mother’s legacy? So share this!