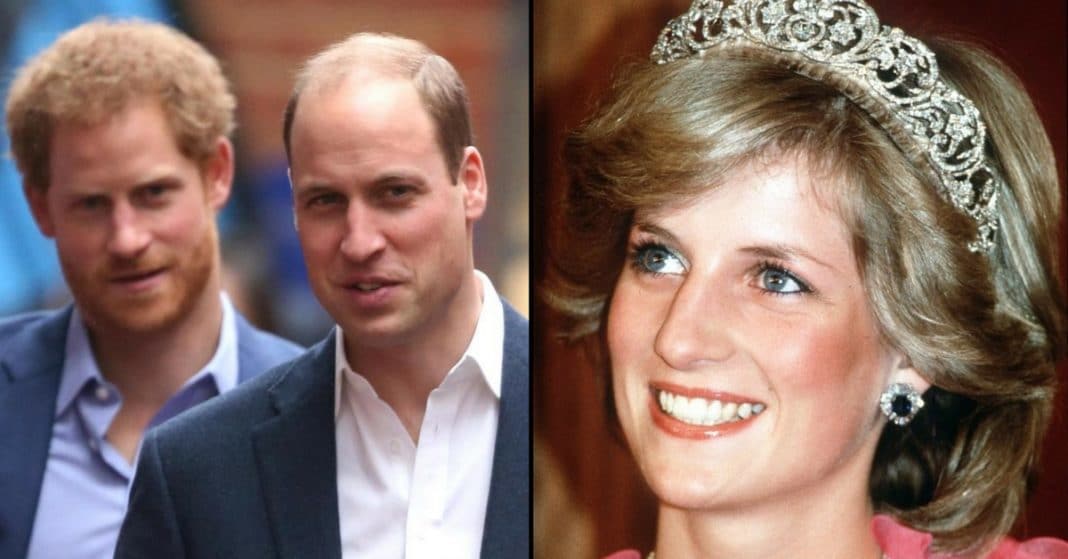 It’s been 20 years since Princess Diana was killed in a tragic car accident in Paris. Her sudden death shocked the world and left two young men without a mother.

The love Princes William and Harry have for their mother has been expressed by the two royals many times over the years. In both of their engagement interviews, the princes spoke of their mother with great love and adoration.

Even the rings they presented to Kate Middleton and Meghan Markle have special connections to Princess Diana. Kate’s ring actually was Diana’s engagement ring and Harry used two diamonds from his mother’s personal collection to create Meghan’s.

The princes have paid tribute to their mother in many ways to help keep her memory alive.

There have been several documentaries made to show the great work done by the late princess.

Displays of her clothing and personal items were created and opened for public viewing.

Prince Harry has followed in his mother’s footsteps in regard to helping those with HIV and AIDS, advocating for HIV testing and AIDS prevention.

The Sunken Gardens at Kensington Palace, a favorite place of Diana’s, were specially decorated with flowers beloved by the late princess.

Now, the two princes have taken another step to memorialize their mother, making sure her legacy is never forgotten.

In a joint statement, the young royals announced a sculpture of their mother will be erected at Kensington Palace in 2019.

“We have been touched by the kind words and memories so many people have shared about our mother over these past few months,” they said. “It is clear the significance of her work is still felt by many in the UK and across the world.”

A statement from Kensington Palace said “the statue, which will be erected in the grounds of Kensington Palace, will celebrate the late Princess’s life and legacy. It is expected to be unveiled in 2019.”

William and Harry chose Australian sculpturer Ian Rank-Broadley to design this iconic work of art. Rank-Broadley is the artist who developed the image of the queen found on currency.

“Ian is an extremely gifted sculptor,” the princes said, “and we know that he will create a fitting and lasting tribute to our mother.”

Are you happy to see the way Princes William and Harry are working to keep their mother’s legacy alive? So share this!