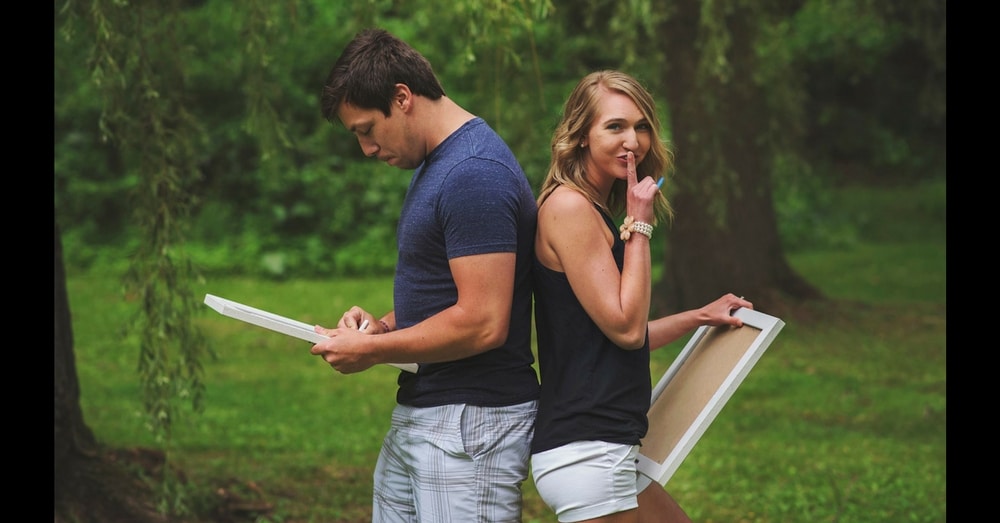 When Brianne Dow found out she was pregnant she wanted to come up with a special way to break the news to her husband, so she called on their wedding photographer, Samantha Boos, to help her plan a sweet surprise reveal.

Brianne told her husband, Brandon, that they had won a free photo session so he wouldn’t get suspicious. Then Samantha took them to a park to take the pictures.

The photographer gave each of them a small chalkboard and told them to write three words that describe their spouse on the board.

Then she took photos of each of them holding their boards before they revealed them to each other.

Brianne needed a few extra words for her message.

When they turned around and Brandon saw Brianne’s board, his reaction was priceless.

He couldn’t hold back his tears as he embraced his wife.

Brandon and Brianne’s baby is due in February. We wish these happy new parents all the best!

Did you love the way Brianne surprised her husband? So share this!