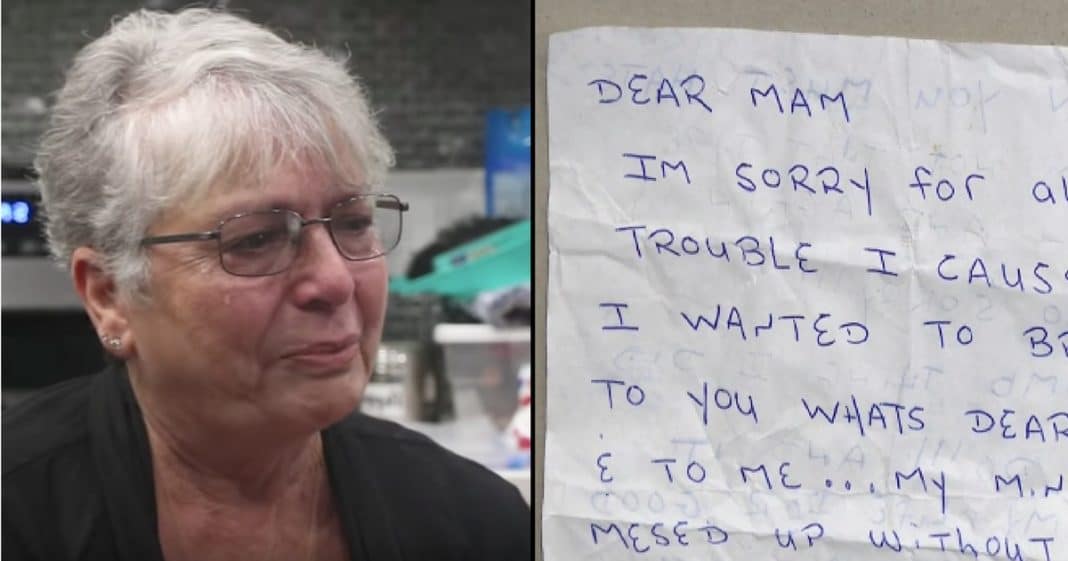 It has been a difficult year for Gloria Johnson. The Staten Island woman’s husband passed away from lung cancer and then shortly after that her beloved dog, Dakotah – who had been a comfort to her as she mourned her husband’s death – also passed away from complications of a possible stroke.

Gloria arranged to have Dakotah cremated and set up a little memorial to the treasured Yorkshire terrier in her home, but then another tragedy struck.

FedEx had delivered Dakotah’s ashes and left them on Gloria’s porch, but before she could get them a man – disregarding the signs warning of dogs and security cameras – walked through her gate, stole the package, and rode off on his bike.

“Knowing that I might never get him back is hard. It’s just not fair,” she said.

She put out signs around her neighborhood with images from the security camera, begging the person who stole Dakotah’s ashes to return them.

Three weeks passed and Gloria began to lose hope of ever getting Dakotah back, but on Tuesday – what would have been Dakotah’s 15th birthday – her neighbor knocked on her door with news that left her stunned.

“You better sit down,” she told Gloria, “because I have Dakotah’s ashes.”

The ashes had been returned to the same spot where they had first been taken. Along with the package was a note.

“He sent a letter saying he was sorry and he was on mental medication that he didn’t take it that day,” Gloria said. “He apologized, and I’m fine with it. I got my dog back, that’s all I wanted. Now he’s got a place to rest where he’s loved, so I’m happy – very, very happy.

While Gloria is still grieving the loss of both her husband and her dog, she has been able to find peace with the return of Dakotah’s ashes.

“I am just overwhelmed. And now I can get on with my life,” she said, wiping away tears. “I was losing faith in people.”

She said she doesn’t plan to press charges against the man who stole the ashes, but she doesn’t want to meet him either.

Were you happy to see Dakotah’s ashes returned? So share this!