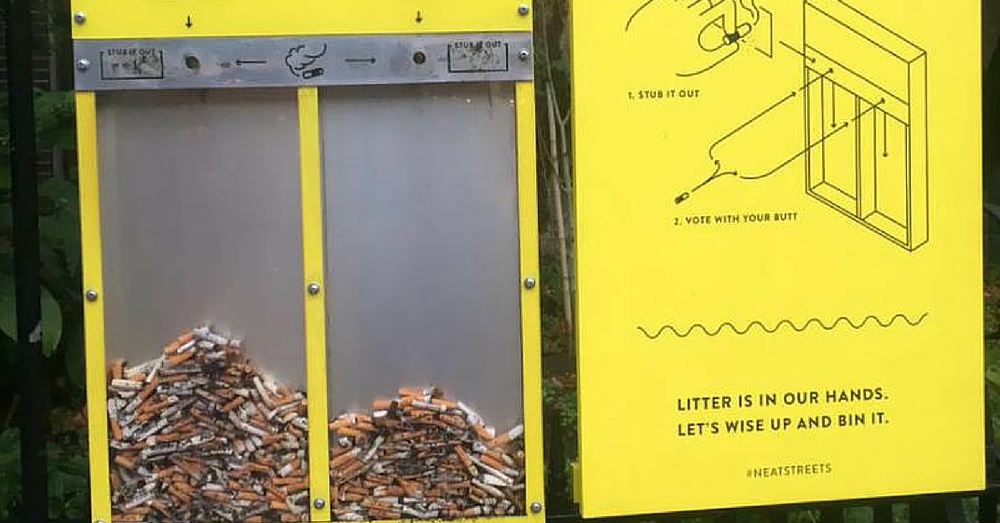 How do you get people to buy into helping solve a large-scale, systematic problem? Make it fun.

UK-based organization Hubbub plans to seriously tidy up the streets of London, and they’re doing it in some incredibly creative ways. 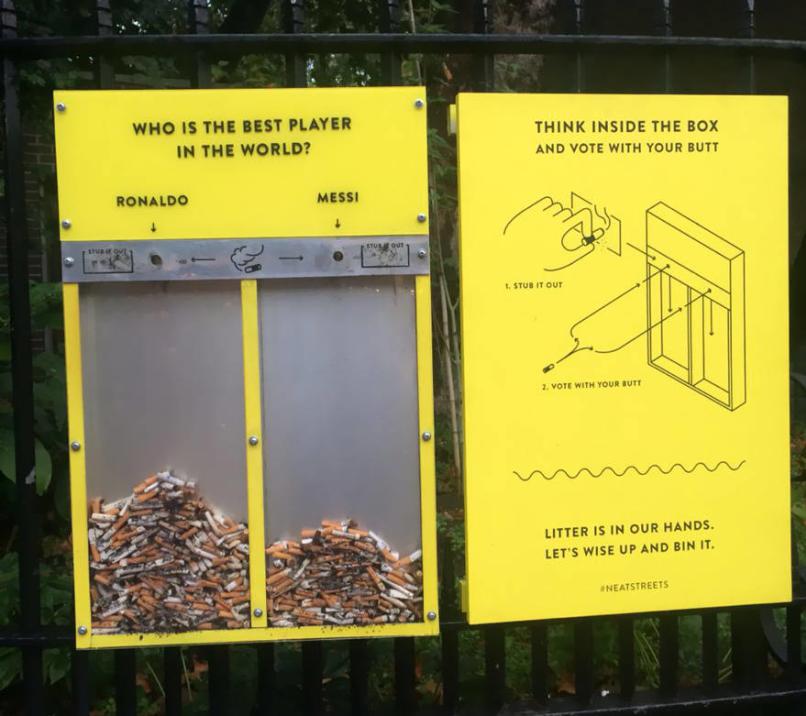 The first project of the company’s #NeatStreets initiative was commenced by placing boxes with two clear, divided sections around London that prompt citizens to cast votes on a culturally relevant question. The clever catch is, they can only vote using cigarette butts.

So far the project has been hugely effective in reducing cigarette butt pollution in the immediate areas. 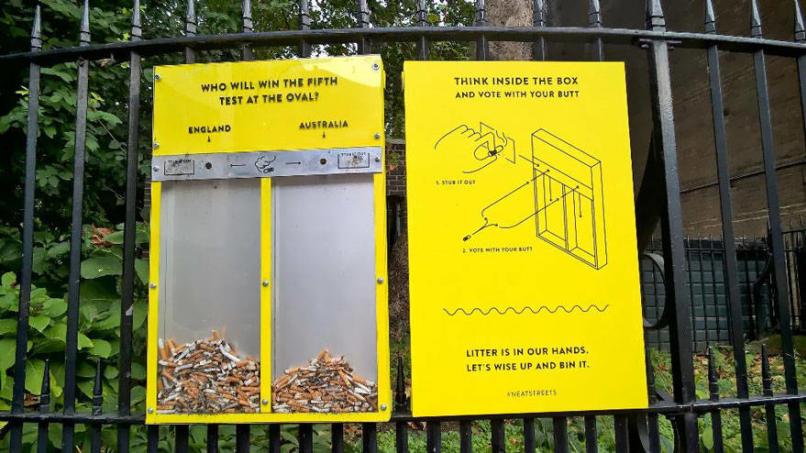 The psychological factors behind them are twofold. First, it makes avoiding littering fun and interactive – citizens get to “voice” their opinion on something important to them. And secondly, it’s visually empowering. Seeing mounds of cigarette butts already thrown away is incredibly compelling in motivating others to do the same.

Hubbub also has another project as a part of the #NeatStreets initiative where citizens are encouraged to dispose of their gum. 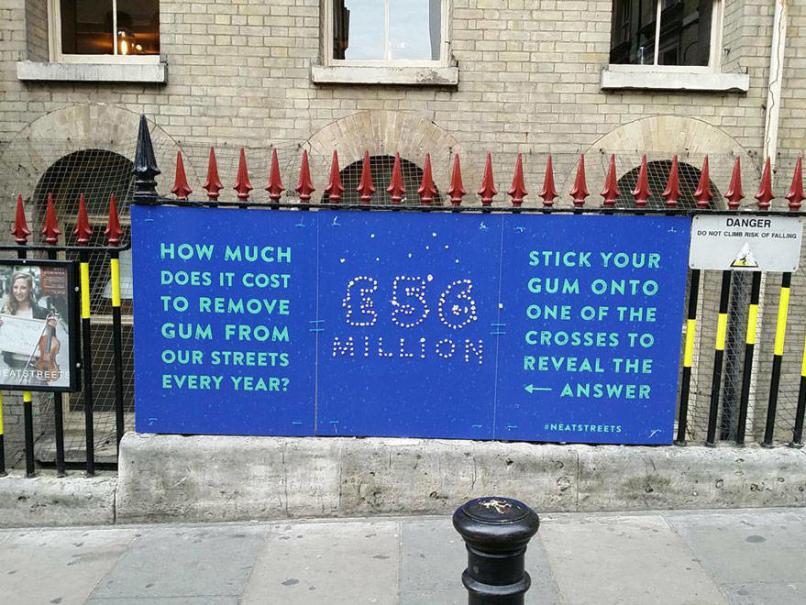 “Our public polling discovered that a staggering 86 per cent of people think littering is a disgusting habit yet only 15 per cent of us would actually confront someone and tell them that,” the organization writes on its website.