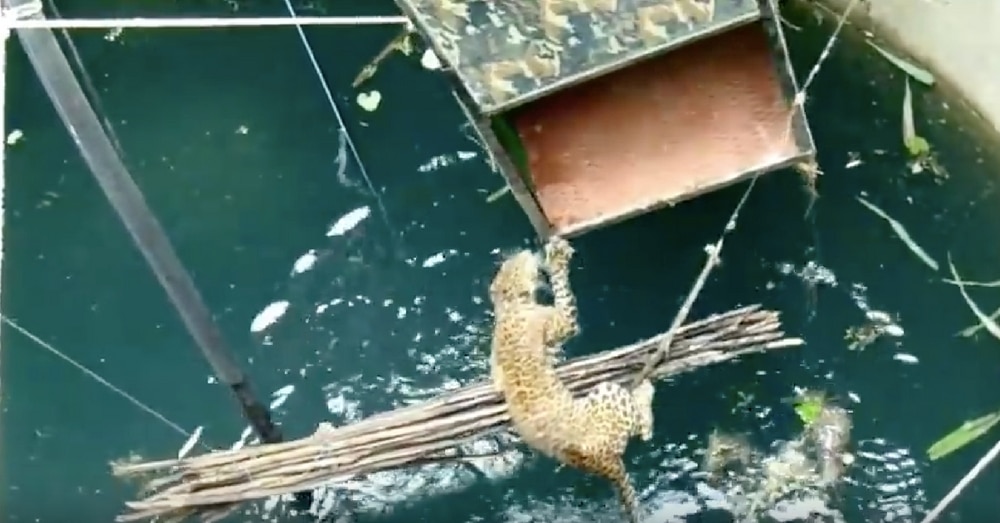 When a farmer in Pimpalgaon Siddhanath village in west-central India heard a distressed call coming from a 60-foot well in his village, he went to investigate. What he found left him stunned – a jaguar had fallen in (probably while chasing prey) and was drowning.

The farmer contacted officials at the forest department who reached out to Manikdoh Leopard Rescue Centre, which is run by the nonprofit animal advocacy organization Wildlife SOS.

Three Wildlife SOS staff members, along with six forest department officials, rushed to the well and worked to rescue the jaguar.

Watch the dramatic rescue by clicking on the video below:

Read more about this bold rescue and the ongoing efforts to protect jaguars in the wild at National Geographic.