Watch This Monk ‘Walk On Water’ To Cross River 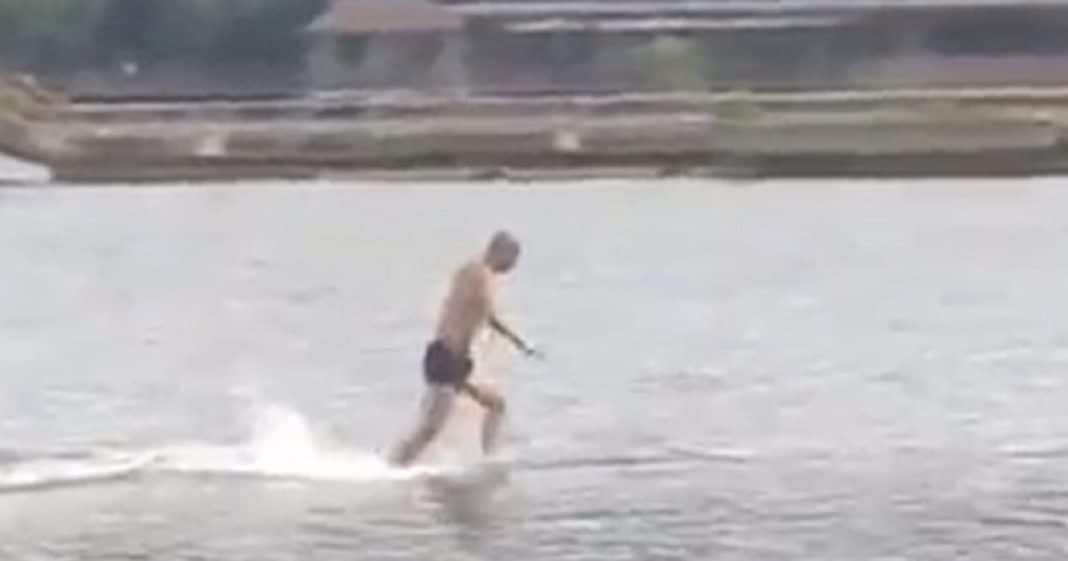 It’s something you almost have to see to believe. Chinese Shaolin monk Shi Liliang managed to run a full 125 meters across a river while staying on top of the water!

Of course, Liliang had a little help – 200 floating pieces of plywood aided him in his journey, but that doesn’t make his accomplishment any less impressive.

I know from personal experience how difficult this feat would be. Growing up we would lay floating mats across the pool and see how far we could run across them before we fell into the water. None of us made it more than a few feet!

Crowds cheered Liliang on as he attempted to break his own previous record of 120 meters. The monk had spent a long time working on his speed and balance at Quanzhou Shaolin Temple, and his hard work paid off.

The Buddhist Quanzhou Shaolin Temple is world famous for the incredible feats of skill and endurance its monks display. The facility is well-known as the birthplace of kung fu.

The monks build their daily schedules around strict routines of exercise, contemplation, and lessons on Buddhism, often challenging themselves with incredibly difficult tasks that require months of training and preparation. They believe human strength is purely a matter of the mind and that once you train the human body to do something automatically, there is no limit to what it can do.

Describing the technique he used to accomplish this astounding feat, Liliang told reporters that it required both speed and patience, adding, “You need to be fast but you should take only small steps.”

Were you amazed by what this monk was able to do? So share this!