Watch This Lion Save His Younger Brother From Terrifying Crocodile Attack 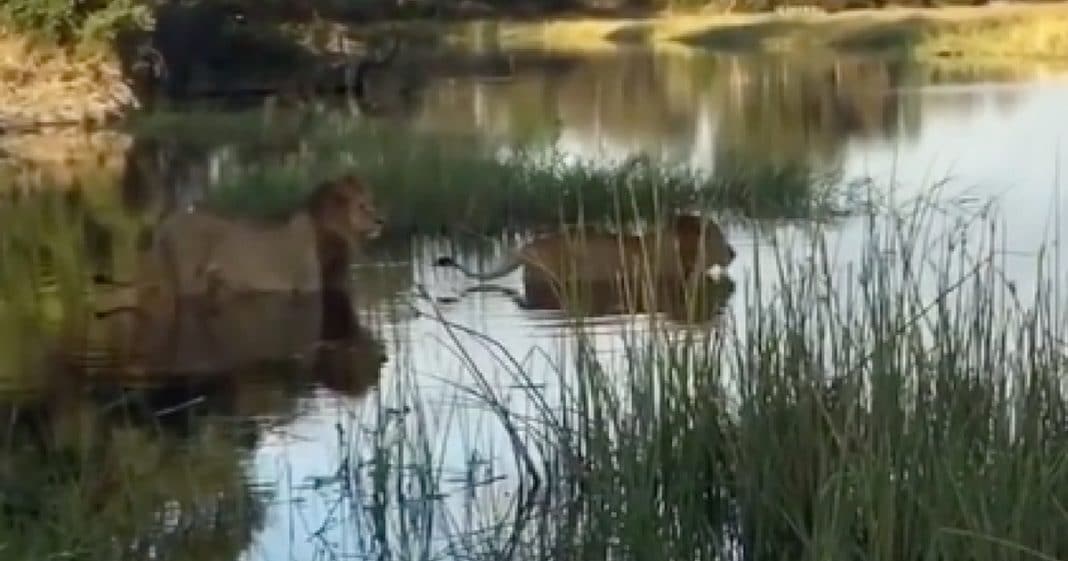 The animal kingdom is one wild place, and it is a constant battle for survival. Nowhere is that more apparent than in the plains of Africa where all sorts of magnificent creatures – lions, leopards, elephants, rhinoceroses, crocodiles – battle it out on a daily basis.

It’s kill or be killed, as they say.

Some unwitting tourists got to see this in fabulous fashion while they were out on safari. They were tracking two lion brothers as they attempted to cross a river, but they could never have anticipated what would happen next.

While most of us would see a lion and fear for our lives, when a hungry crocodile saw the lions get in the water all he saw was lunch.

Quickly and quietly he glided through the water toward the lions, and then with one quick motion showed these safari-goers the true meaning of “wild kingdom.”

It looked like lion was going to be on the menu that day, but his brother wasn’t about to let that happen. He dove into the water and attacked the crocodile, prompting him to release his jaws.

The hurt lion was able to escape up the other bank while his hero brother calmly swam back to the other shore.

What happened to the crocodile? We may never know. But one thing’s for sure – this was a moment these adventure-seeking travelers will never forget!

Were you amazed to see how this lion saved his brother from the crocodile? So share this!