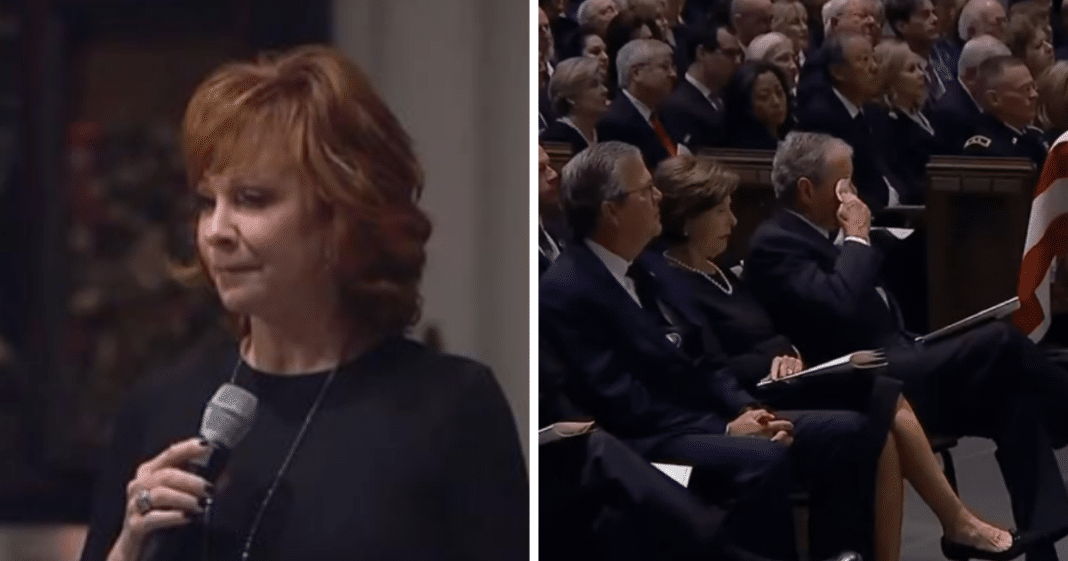 It’s been a long time since a fallen U.S. president has received the outpouring of support that the late Pres. George H.W. Bush has received since he passed away last week. Beloved by Democrats and Republicans alike, the entire country has mourned his passing and shared memories of their time with Pres. Bush or, for those of us who didn’t actually ever meet him in person, a memory they have of something heartwarming that he did.

It seems that Pres. Bush had more friends and admirers than people realized. Reba McEntire was one of those people. Listen to her moving rendition of “The Lord’s Prayer” that she sang during the invitation-only funeral service for the former president at St. Martin’s Episcopal Church in Houston.

Singing this song for Pres. Bush was emotional for Reba. She had to pause to clear her throat during the opening lines, and after the words “Forgive us our debts as we forgive our debtors,” she had to turn her head to the side, drop her eyes, and swallow hard to compose herself so that she could continue.

Reba posted a photo of herself with Pres. Bush on Instagram, captioned 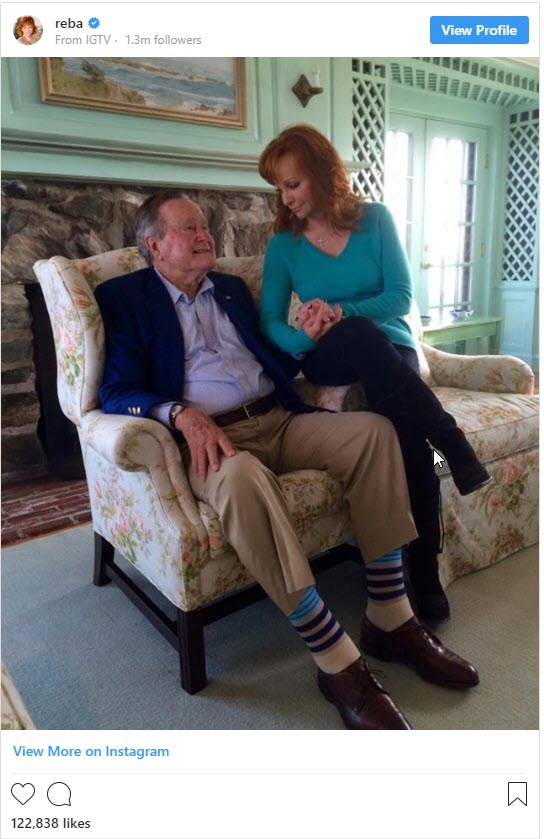 Reba wasn’t the only country western singer who performed at Pres. Bush’s service. The Oak Ridge Boys sang “Amazing Grace.” The former president had asked them to honor him this way when he died. Watch below.

The Oak Ridge Boys first sang for Pres. Bush in October 1983, when he was Vice President of the United States. They had been preparing for months and even making sure they packed mourning attire as they toured around the country. This was important to them, to honor a great president in this way.

“President Bush means so much to us,” Sterban told The Tennessean. “George Bush requested before he passed away that we sing ‘Amazing Grace,’ his favorite song, at his funeral. There’s no way we wouldn’t do it.”

He always taught us to do the right thing, and it is a tremendous honor. One final time here on this earth, we’re going to sing it for him and we believe in our hearts we’ll see him again one day and we’ll sing it for him again,” Sterban said.

There was scarcely a dry eye in the place with these two moving performances, and Pres. Bush’s son, former Pres. George W. Bush, wiped his tears with a handkerchief during Reba’s song. 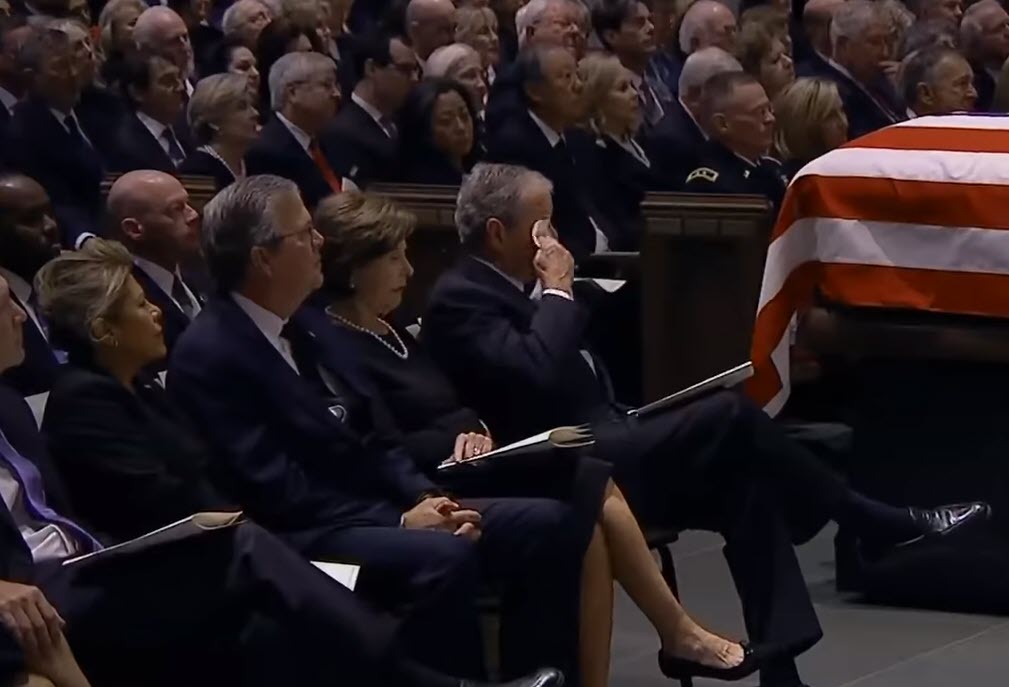 Pres. Bush died last Friday at the grand old age of 94, after living a full, active life of many adventures, love of family, and service to his country. He will be buried at the George Bush Presidential Library and Museum in College Station, Texas, alongside his beloved wife Barbara and the baby daughter he lost to leukemia at the age of three.