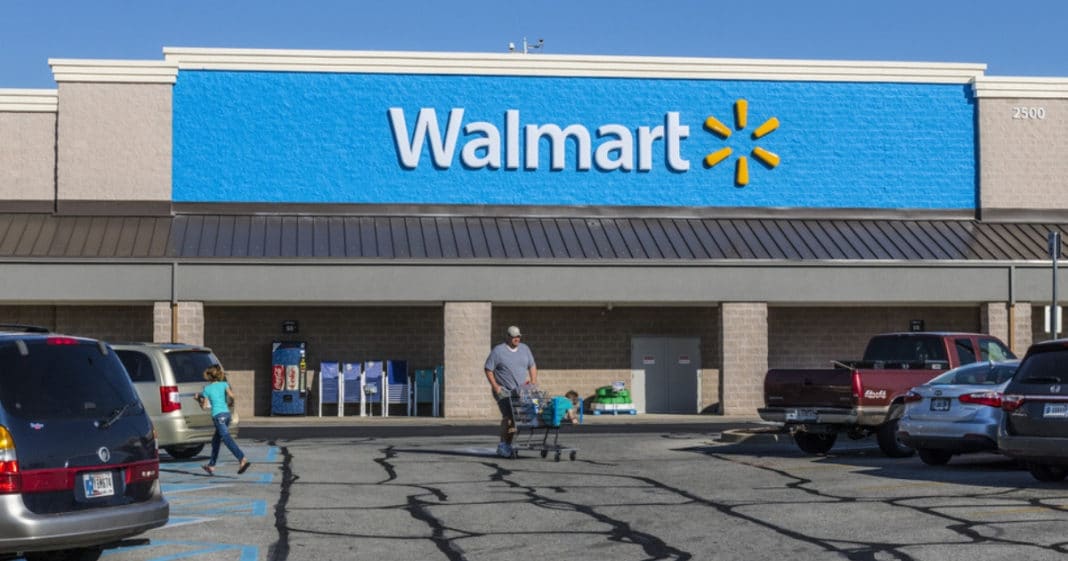 Most parents who take their kids out to shop have an ever-present dark thought in the back of their minds. What if I lose focus for a moment, and somebody takes my child? After all, it’s pretty much impossible to be focused on the whereabouts of a child and locate every item on a long shopping list without being distracted at least for a few seconds.

Unfortunately, there are people out there who hope for such a vulnerable window to arise. Although we certainly don’t want to overstate the threat, it is possible that a predator could be watching and waiting for any chance to snatch a child away. One report indicates that around 300 children are abducted a year.

In one story of a parent who lost their child while shopping in Walmart, the outcome was totally unexpected. The busy shopper was terrified when their little boy disappeared, only to find him doing something extraordinary. He was praying before a sign of missing children at the front of the store.

In a more recent story from Fort Worth, Texas, a loss prevention officer at Walmart served as a vital second set of eyes for distracted parents. Just in time, the officer caught a man and a woman allegedly attempting to kidnap a four-year-old girl from a cart. The incident took place on a Monday evening around 6 p.m. at a Walmart in south-east Fort Worth.

Thanks to the employee’s watchful eyes, the child was safe and uninjured. The man and woman left the store and took off in a red SUV before the police could arrive. Employees were able to give a description of the suspects and their car to the Fort Worth Police, who are now asking anyone with information to call them.

Fort Worth police are looking for a man and woman who tried to kidnap a 3-year-old girl from a Walmart. https://t.co/nldFDhXOZP

Now the Walmart employee who stopped the kidnapping is being hailed as a hero. It’s a happy ending for this family, but a reminder for us all to remain vigilant and to teach kids what to do if anyone attempts to kidnap them.

Parents can practice responses with their kids so that they know: If anybody other than their parents tries to take them, they must defend themselves. Let them know it’s ok and necessary for them to loudly tell people “No!” Tell them it’s ok to make as much noise as possible, scream for help, and to hold on to objects and not let go.

For more, see the suggestions here, or check out in-depth Kidsmartz tips at the National Center for Missing and Exploited Children.

Remind children that their bodies are their own. It’s never too early to start talking about consent: https://t.co/iwkRrqJtDS #TuesdayThoughts pic.twitter.com/Mh1WQH6YfA

There were 14,500+ known attempted abductions between 2005 and 2017, according to the National Center for Missing and Exploited Children.