He Walks 16 Miles To 2 Jobs Every Day. Then Stranger Does Something That Flips His World Upside Down 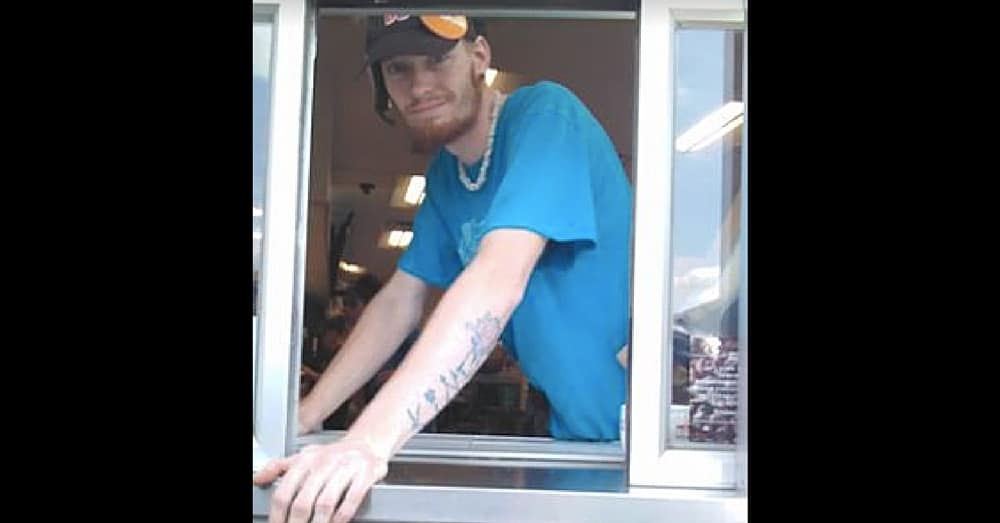 A severe speech impediment and learning disability made it difficult for Kyle Bigler to find work, but the determined 25-year-old wasn’t about to let that stop him.

When no one in his hometown of Gilford, New Hampshire, would hire him – not even establishments like McDonald’s or Taco Bell – he tried looking elsewhere.

“No places close to me would hire me and Dunkin’ Donuts in Belmont did, so I took it and said I’d walk to work and work for them every day,” Kyle said.

For the past year, Kyle has been walking a combined 16 miles to get to his two minimum-wage jobs – he also works at Big Apple Gas Station, where he often works 20-hour shifts – but the incredible lengths he has gone to to make ends meet went largely unnoticed until one woman started to piece his story together.

Around 7:30 a.m. one day, Kyle served Joanna Griffiths her usual morning cup of coffee. Later that day, the 24-year-old mom of 10 saw Kyle walking on the side of the road while she was driving to her job at a local pizza place (unaware that he was walking 8 1/2 miles to his second job). As she headed home later that night, Joanna stopped to get gas and saw Kyle again. She offered to give him a ride home, but he declined, saying he had to work the graveyard shift.

“I’ve never seen someone with such a strong work ethic,” Joanna said. “He walks with holes in his shoes and says he sometimes doesn’t have enough money to eat.”

Kyle’s story impressed Joanna and stuck with her, and when she saw him again a couple weeks later as she went through the Dunkin’ Donuts drive-thru, she snapped a picture of him and shared his story on Facebook.

“The moral of the story is this, if you are an able bodied person, there is a job out there for you. No matter what the job may be… This man shows that if you are motivated, ambitious, and WILLING to work, it IS possible,” Joanna wrote, noting that if Kyle decided not to work and to collect state and federal aid instead, he would actually make more than he was at both of his jobs combined.

The next morning when Joanna looked at her phone, she couldn’t believe her eyes. Thousands of strangers had sent her messages offering Kyle jobs and asking how they could donate money to help him get a car.

One message, though, stood out above the rest. The owners of Autoserv Tilton, a local car dealership, told her they wanted to donate a car.

On Thursday, Kyle received a 2005 Honda Accord from the generous dealership, which he will be able to drive to work once he passes the driving test. Now he just has to figure out what to do with all the extra time he will have on his hands!

“I’m going to have to figure out what to do with my time now that I won’t be walking to work!” he said.

What he’s most excited about is getting to see his 3-year-old son, Steven, who lives 3 1/2 hours away with his mom, for the first time in almost a year.

“I sometimes get overwhelmed with 10 kids, but I have a home and a car and am able to put food on the table,” Joanna said. “Meeting Kyle has humbled me and made me more grateful for what I have.”

Were you inspired by Kyle’s story? So share this!