Waitress Struggles To Feed Her 4 Kids, Then Looks Down At Bill And Sees It… 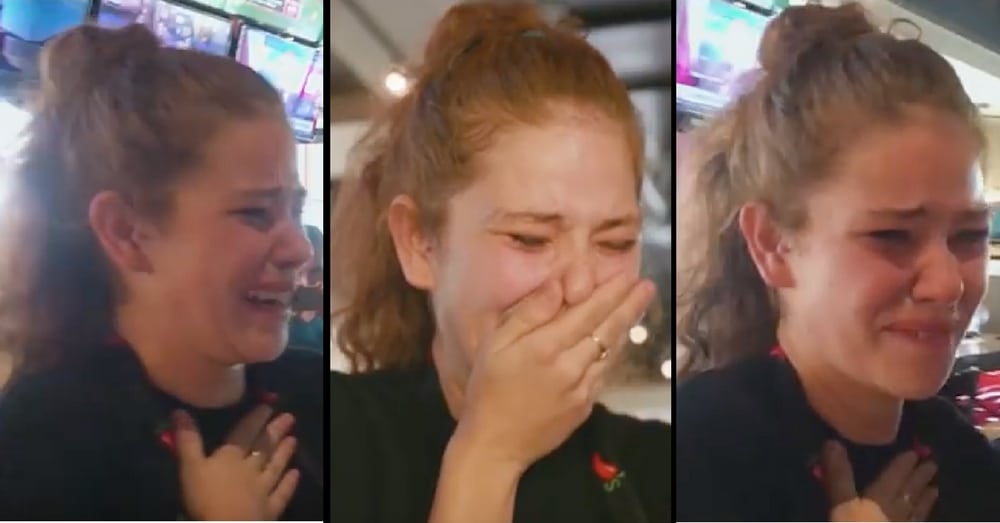 Jessica Reboredo’s motto has been to “keep your head high and keep smiling,” but that became increasingly difficult when her husband, Robert, got diagnosed with testicular cancer.

The cancer had spread to Robert’s stomach and lungs and he was eventually transferred from his hometown of Las Vegas to a hospital in Los Angeles. As he fought for his life, Jessica struggled to balance being there for him, working at her job as a waitress, and taking care of their four children, a 4-year-old, twin 2-year-olds, and a 6-month-old.

Little did Jessica know, though, that she was not in her struggle alone.

As a child, Jessica had formed a special bond with her second-grade teacher, Kimberly, and the two had kept in touch over the years. Knowing the struggle Jessica was going through and how much her family needed help, Kimberly shared her story with the Fox 5 Surprise Squad to see if they could do anything to help.

The Squad eagerly agreed to create a surprise for Jessica, but Kimberly had no idea just how far they would go!

As Jessica was waiting on tables one day, customers started leaving her bigger and bigger tips. First she got a tip for $200, then another for $300. When one man tipped her $1,000 Jessica couldn’t hold in her emotions anymore, and that’s right when the Surprise Squad showed up with Kimberly.

Jessica couldn’t believe what the Squad had done for her and her family, but they weren’t done yet! Click below to see the massive surprise that was still in store!

In addition to the $2,000 in tips she had already received, Jessica was gifted another $10,000. They also told her that they had made hotel accommodations for her so she would always have a place to stay when she was visiting her husband, and they gifted her a car so she could get back and forth more easily.

“You guys are my angels,” Jessica tearfully told the Squad.

Sadly, Robert lost his battle to cancer shortly after the Squad’s big surprise, but Jessica will never forget the kindness she and her family were shown that day. If you would like to help support this special family, you can visit their GoFundMe page.

Were you touched by what the Surprise Squad did for Jessica and her family? So share this!