Waitress In Tears After Way Rude Customers Treat Her, Then She Finds This Note On Table 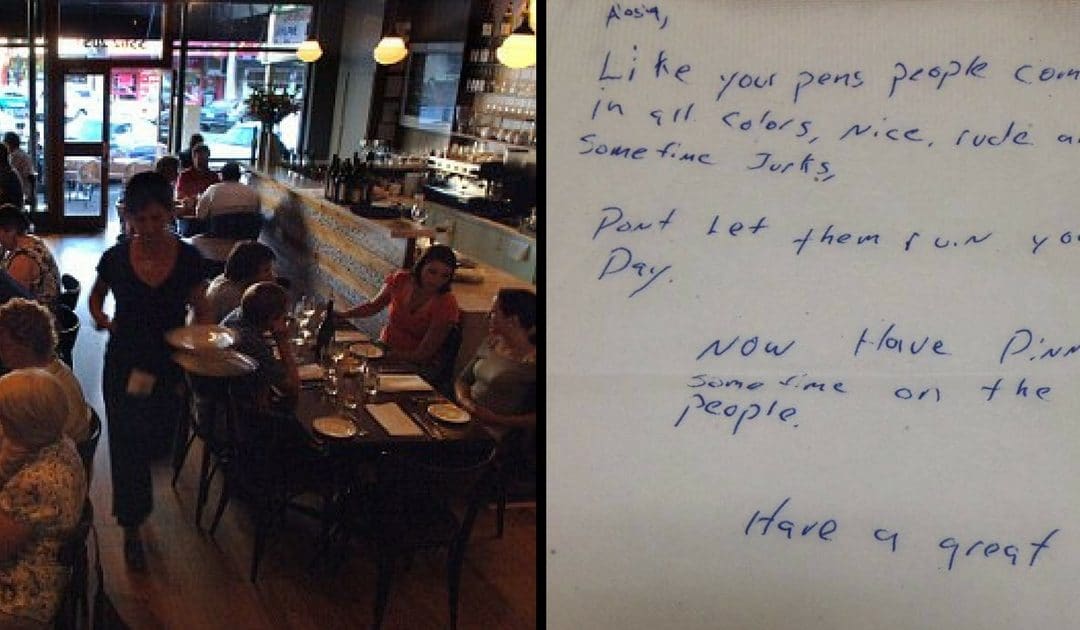 I never cease to be amazed (maybe appalled is the better word) at the way some people think it’s okay to treat others, especially those in the service industry. Just because someone is doing a job for you doesn’t mean you should be able to treat them as someone beneath you or with anything other than the utmost respect.

Unfortunately, as a waitress, Elissa Walther knows this is far from true. She’s had her fair share of bad tables and rude customers at her job, but recently she had a table that stood out above the rest.

“I served one of the worst tables today,” she wrote. “There aren’t enough adverbs for how they acted.”

Even as she did her best to get them everything they wanted and serve them with a good attitude, they continued to berate her and accused her of being rude.

Thankfully, there was someone else in the restaurant who noticed Elissa’s plight. The man, whom she called a “total angel,” went over to the other table and stood up for the poor waitress.

Later, when Elissa went over to serve the kind man’s table, she ended up bursting into tears. He handed her a napkin to wipe her tears and then patiently waited for her to compose herself before giving her his order.

“He was so kind to me, apologized for how I was being treated, talked me down from my tears, made me laugh,” Elissa recalled.

After the man left Elissa went to collect his check and what she found left her stunned.

The man had left her a 500% tip along with a sweet note that made her cry all over again – only this time they were happy tears.

“Like your pens, people come in all colors, nice, rude, and sometimes jerks,” the note read. “Don’t let them ruin your day. Now have dinner sometime on the nice people. Have a great shift. Your new friend.”

Though Elissa may never be able to thank that man in person, his kindness in the midst of a horrible night will stick with her for the rest of her life.

“People like that are gifts,” she said, “and I am humbled and so thankful for his light, kindness, and generosity in ways that went far beyond monetary.”

Were you touched by what this man did for Elissa? So share this!