Waiter Helps Crying Woman With Groceries. Next Day Sees Something On Table That Leaves Him Floored 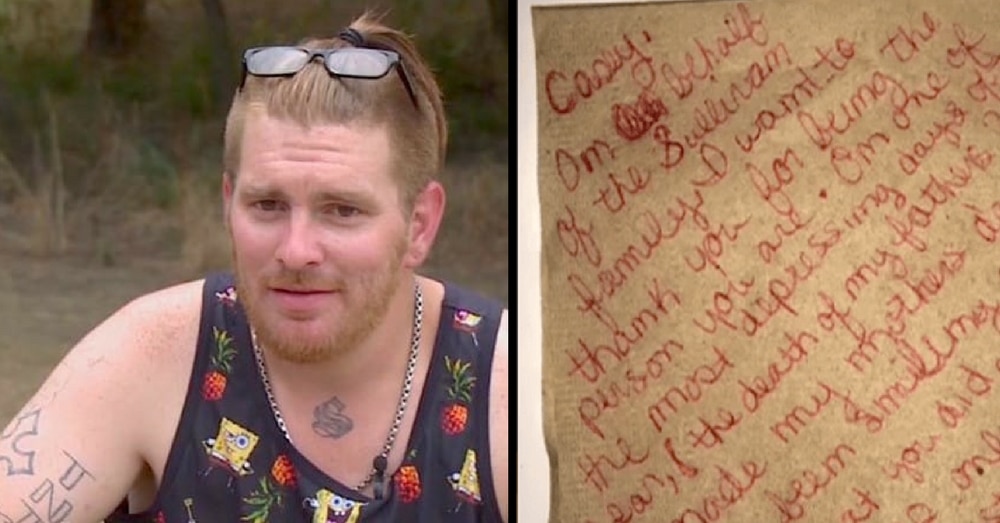 Kasey Simmons, a 32-year-old server at Applebee’s, was at the grocery store when he noticed a woman who seemed upset. Wanting to help her however he could, he went up to the woman and told her he wanted to pay for her groceries.

It’s not the first time Kasey has done something like this. “It’s selfish really,” he said. “When people smile, I feel better. It lightens my world.”

The woman seemed surprised, but she let Kasey pay her $17 bill and then the two of them went their separate ways. Kasey didn’t expect to ever hear anything more about it.

The next day Kasey was working his shift at Applebee’s when a family came in. The only thing they ordered was a flavored water – the cheapest thing on the menu at 37 cents. When they finished, they paid their bill and quickly left the restaurant.

When Kasey looked at the receipt later, though, he couldn’t believe his eyes. The family had left him a $500 tip along with a handwritten note on a napkin.

Apparently, the woman who wrote it was the adult daughter of the woman Kasey had helped at the grocery store the day before. She told him her mother had been sad because it was the anniversary of her husband’s death and Kasey’s kind act had meant the world to her.

“On one of the most depressing days of the year, (the death of my father’s three-year anniversary), you made my mother’s day wonderful,” the note said.

Kasey was floored when he read the note. To him, helping the woman with her groceries wasn’t that big of a deal.

Now Kasey hopes to meet the family face-to-face so he can thank them for their generosity.

You just never know what kind of impact one small act of kindness can have!

Were you touched by Kasey’s act of kindness and the family’s generous gesture afterward? So share this!