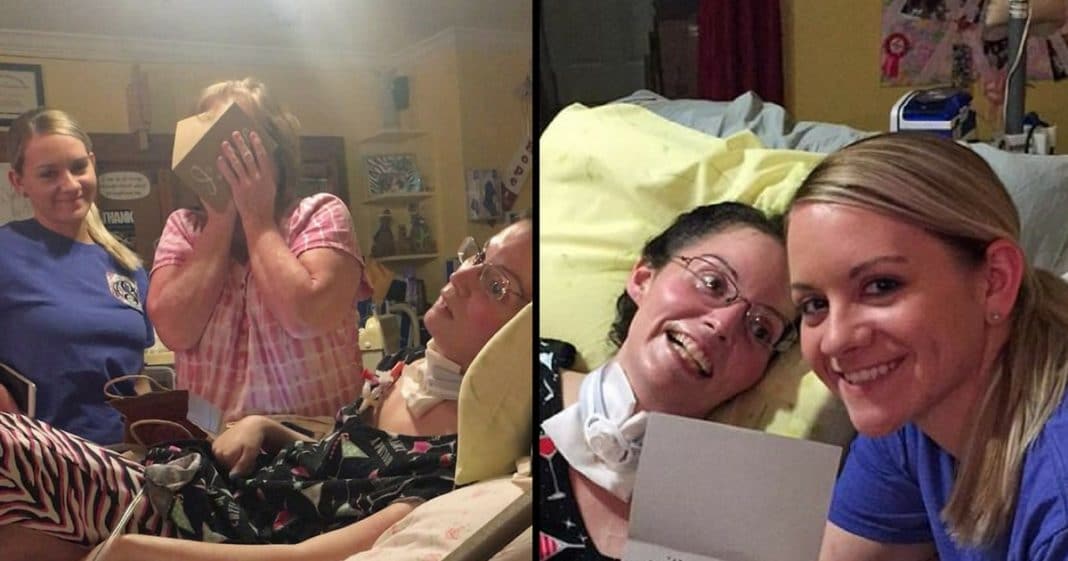 Siblings Derrick and Jessica Torres were always close growing up. Together they would talk and dream about what their lives would look like, and they couldn’t wait to see what their futures held.

Then, in one instant, all of those hopes and dreams came crashing to a halt.

In 2011, Jessica was being driven home from a first date when one of the car’s tires suddenly burst. The car rolled three times and Jessica, who wasn’t wearing a seatbelt, was thrown through the window and suffered instant brain damage.

Initially, Jessica was left in a “minimally conscious” state, but over time she has made progress and now laughs and smiles and follows movement with her eyes. She now lives at home with her parents and requires round-the-clock care.

Derrick has watched his sister’s progress with sadness and joy, heartbroken to lose the sister he once had, but happy to see how far she has come since the accident. His love for her has never waned, and he still wants her to be a part of his life.

Thankfully, Derrick has a wonderful fiancée who has always supported him and wants Jessica to be a part of their lives too.

When Derrick popped the question to his girlfriend of two years, Nichole Sullivan, she knew she wanted Jessica to be a part of their big day. Nichole went to visit the family and asked her future mother-in-law, Lenore, to read a card to Jessica.

“Soon you will be my sister,” the card read, “but until then will you be my bridesmaid?”

As soon as she saw what was written on the card, Lenore burst into tears, touched that Nichole would think to include her daughter in such a special occasion.

There wasn’t a dry eye in the room as Jessica beamed with happiness.

For Derrick, seeing his mom and sister so happy after so much hardship meant everything.

“This was a dream come true for my mother and it meant the world to her,” he said. “I’ve seen my mother shed so many sad tears due to Jessie’s accident, and it was great to see some happy tears. Her being overwhelmed with emotions was priceless and a beautiful thing.”

Were you touched by what Nichole did for Jessica and her family? So share this!