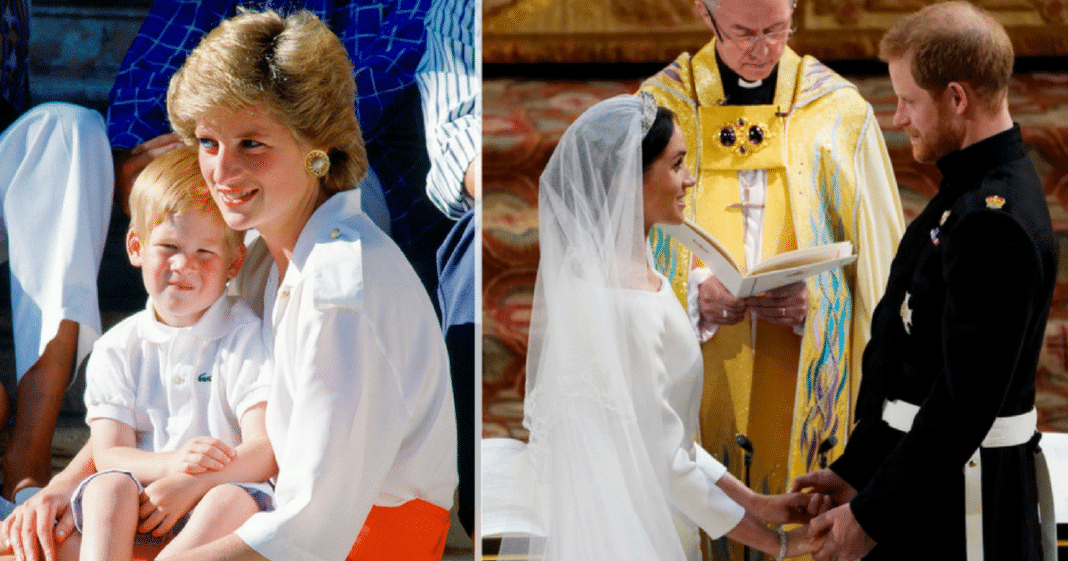 Nearly 600 guests filled St. George’s Chapel for Saturday’s royal wedding, but one seat was noticeably left vacant—and it was believed to be for Princess Diana. While following along with the nuptials, viewers noticed there was an empty seat next to Prince William on the royal family’s side of the congregation. The supposed explanation? It was reserved for Prince Harry’s beloved late mother.

Such a touching tribute from Harry.

Royal fans got very emotional over the tribute as it began to trend on social media.

There’ll be a lot of things said & written about Harry & Meghan’s wedding (and rightly so) but one of the stand outs – for me – was the empty seat right next to William … for Princess Diana ?? #RoyalWedding #HarryAndMegan #PrincessDiana pic.twitter.com/BuWbWRr9Rx

But, to the disappointment of many, it turns out the chair was really left unoccupied for the Queen.

Royal reporter Rebecca English clarified that the empty chair at the wedding wasn’t a tribute to Princess Diana. Instead, it’s protocol to leave the seat in front of the Queen empty.

Btw – I’ve seen some reports about the spare seat by Prince William in the chapel as having being left in memory of Princess Diana. It wasn’t empty for that reason. The seat in front of the Queen is always left empty, I am told by BP #royalwedding

She needs to be seen — and the seat she was sitting in today is her favourite seat in that chapel, apparently!

Vacant chair aside, there were plenty of touching tributes to Princess Diana at the nuptials, including Meghan Markle’s veil, the floral arrangements, and the reading from Lady Jane Fellowes, Diana’s sister.

Markle’s bouquet featured some of the princess’ favorite flowers: forget-me-nots, which the prince handpicked the day before the wedding.

While it’s tragic that Diana didn’t live long enough to watch her sons grow to adulthood, find love, and begin to raise families of their own, it’s touching to see how many ways the royal family finds to honor her life. I am sure today she was looking down at her beloved son with pride and love. Her memory will not be forgotten.