Vibrant 2-Yr-Old Dies Days After Getting Sick. Now Parents Warn About Deadly Illness That Killed Her 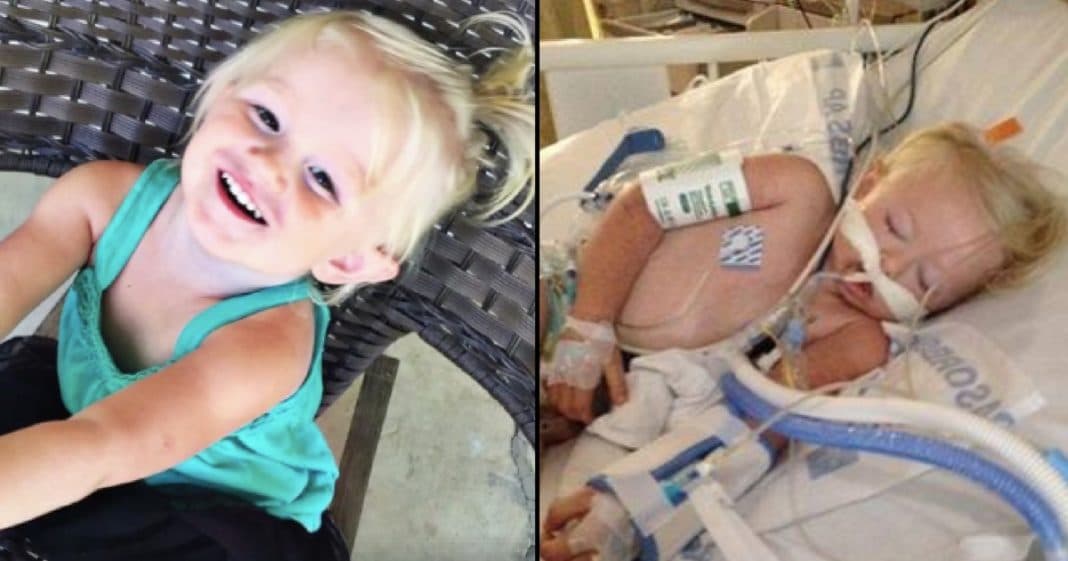 One devastated family is sharing their story with the world in the hope that no one else will ever have to endure the same heartbreak they did.

Two-year-old Kenley Ratliff was like a little ray of sunshine wherever she went. She loved to go to the park and run around in the grass.

Little did her parents know, though, that the thing she loved so much would end up leading to her death.

One day, Kenley started running a fever. Her parents took her to the emergency room twice as the fever got worse, but doctors told them they suspected the little girl just had strep throat.

As the symptoms continued to worsen, though, Kenley’s parents knew it was something more serious. The toddler’s fever spiked, her hands began to swell, and a purple rash erupted all over her body.

“She had purple rashes, splotches all over her body in an ununiform [sic] pattern, just all over, little tiny purple spots, big purple patches,” said family friend Nichol Kirby. “Just the condition of this poor baby laying there the way she was, it’s a mother’s nightmare, a father’s nightmare.”

The Ratliffs took Kenley to the hospital again, and this time the doctors told them their daughter’s condition was more serious than they had originally believed. They diagnosed the little girl with possible Rocky Mountain Fever, a serious illness spread by ticks.

They immediately intubated Kenley, put her on a ventilator, and pumped her with antibiotics.

Sadly, though, the illness quickly spread and began to attack Kenley’s brain.

“Kenley currently has little to no brain activity,” her family shared on their GoFundMe page where they were trying to raise funds for Kenley’s treatment. “Her brain is so swollen, it’s pushing onto her spine. She is currently on a breathing machine to stay alive, but she is surrounded by her loving family. We are hoping for a miracle right now for this sweet baby.”

But that miracle never came. On June 3, the family decided to turn off Kenley’s ventilator and say their heartbreaking goodbyes.

Nothing is more devastating than the loss of a child, but the Ratliffs are determined to use their loss for good. They are now working to spread awareness about the serious dangers of tick-borne illnesses.

Many of these illnesses can initially present as other kinds of sicknesses with symptoms including rashes, fevers, headaches, and nausea.

Doctors are warning parents to regularly check their children for ticks whenever they play outside. Spotting a tick early could save a life.

Help the Ratliffs spread awareness about the dangers of tick-borne illnesses so their heartbreak never has to happen to anyone else! Share this!